PDC. I'm ready for a revolution. Impress me. Blow me away. 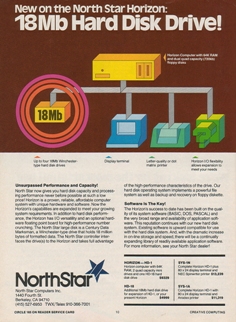 I'm ready for a change.  I'm ready to be impressed.  If you know me, I'm all about Microsoft.  I dig them, their tech, especially their people.  While I've worked in Java on Solaris talking to Mainframes, I really cut my teeth on writing thunking code during the 16-bit/32-bit transition.  I know I'm not an "old timer."  I've never seen a punch card. (Although I've read Cryptonomicon. ;) )  I'm Generation X or Y, not Generation U or V.

I had 8k of RAM and now I have 1.5 gigs of RAM.  I had no hard drive, then a Winchester Hard Drive, now I have 425+ Gigabytes at my desk.  I had a keyboard, then a mouse, then a mouse with two buttons, now a wireless mouse and keyboard with 5 buttons and a scrolly-thing.

I remember Shift-F7 would print in Wordperfect, I'm not sure why I haven't overwritten that mental cluster with more useful information.  Certainly I've at least marked the braincell for deletion with the first character as E5h or something.  Now I have a GUI, which brings me the the point of this rant.  I certainly haven't seen it all, but darnit I've seen some of it.

I admit it, while I'm privvy to many a Microsoft Pre-Alpha, I have not seen anything of Lornhorn's "real" UI, nor what I'm really interested in - Avalon.

If you do one thing before you go to PDC - look at the demos of Mac OS X's Panther.  What I want is for Avalon to blow this away.  I want to be impressed.  I want a WHOLE new world.  I want to see some Microsoft UI Research and Usability to really come to a dramatic fruition.  I know Avalon is a next-gen graphics subsystem, but I want to see what totally new UI paradigms (read: moving past Windowing and the Start Menu) can be built on it.  I want to make my 256 meg Video Card dual-head Video Card WORK.

I'm coming to PDC thoroughly hoping and expecting to be impressed with the promise of the future.  Am I impatiently expecting a revolution in UI, while Avalon may be a just stepping stone on the way to...?

Will I be disappointed?

Panther is evolution. Avalon and Longhorn are.... *fsisck*