Adding Cross-Cutting Memory Caching to an HttpClientFactory in ASP.NET Core with Polly 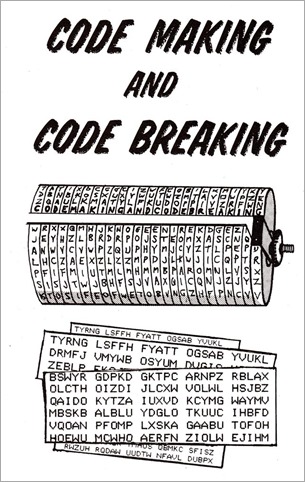 Couple days ago I Added Resilience and Transient Fault handling to your .NET Core HttpClient with Polly. Polly provides a way to pre-configure instances of HttpClient which apply Polly policies to every outgoing call. That means I can say things like "Call this API and try 3 times if there's any issues before you panic," as an example. It lets me move the cross-cutting concerns - the policies - out of the business part of the code and over to a central location or module, or even configuration if I wanted.

I've been upgrading my podcast of late at https://www.hanselminutes.com to ASP.NET Core 2.1 and Razor Pages with SimpleCast for the back end. Since I've removed SQL Server as my previous data store and I'm now sitting entirely on top of a third party API I want to think about how often I call this API. As a rule, there's no reason to call it any more often that a change might occur.

I publish a new show every Thursday at 5pm PST, so I suppose I could cache the feed for 7 days, but sometimes I make description changes, add links, update titles, etc. The show gets many tens of thousands of hits per episode so I definitely don't want to abuse the SimpleCast API, so I decided that caching for 4 hours seemed reasonable.

I went and wrote a bunch of caching code on my own. This is fine and it works and has been in production for a few months without any issues.

Don't copy paste this. My GOAL is to NOT have to do any of this, even though it's valid.

Again, this is great and it works fine. But the BUSINESS is in _client.GetShows() and the rest is all CEREMONY. Can this be broken up? Sure, I could put stuff in a base class, or make an extension method and bury it in there, so use Akavache or make a GetOrFetch and start passing around Funcs of "do this but check here first":

Could I use Polly and refactor via subtraction?

Per the Polly docs:

The Polly CachePolicy is an implementation of read-through cache, also known as the cache-aside pattern. Providing results from cache where possible reduces overall call duration and can reduce network traffic.

First, I'll remove all my own caching code and just make the call on every page view. Yes, I could write the Linq a few ways. Yes, this could all be one line. Yes, I like Logging.

No caching, I'm doing The Least.

Polly supports both the .NET MemoryCache that is per process/per node, an also .NET Core's IDistributedCache for having one cache that lives somewhere shared like Redis or SQL Server. Since my podcast is just one node, one web server, and it's low-CPU, I'm not super worried about it. If Azure WebSites does end up auto-scaling it, sure, this cache strategy will happen n times. I'll switch to Distributed if that becomes a problem.

I'll add a reference to Polly.Caching.MemoryCache in my project.

I ensure I have the .NET Memory Cache in my list of services in ConfigureServices in Startup.cs:

AND...here is where I'm stuck. I got this far into the process and now I'm either confused OR I'm in a Chicken and the Egg Situation.

Forgive me, friends, and Polly authors, as this Blog Post will temporarily turn into a GitHub Issue. Once I work through it, I'll update this so others can benefit. And I still love you; no disrespect intended.

The Polly.Caching.MemoryCache stuff is several months old, and existed (and worked) well before the new HttpClientFactory stuff I blogged about earlier.

If I set up a Memory Cache in Configure, I need to use the Dependency System to get the stuff I want, like the .NET Core IMemoryCache that I put in services just now.

But at this point, it's too late! I need this policy up earlier...or I need to figure a way to tell the HttpClientFactory to use this policy...but I've been using extension methods in ConfigureServices to do that so far. Perhaps some exception methods are needed like AddCachingPolicy(). However, from what I can see:

I'm likely bumping into a point in time thing. I will head to bed and return to this post in a day and see if I (or you, Dear Reader) have solved the problem in my sleep.

My understanding is C# lock blocks all waiting threads. SemaphoreSlim supports asynchronous await, which returns waiting threads to the thread pool for reuse.

I would therefore expect SemaphoreSlim to allow the site to scale to a higher number of concurrent requests in the face of lots of cache misses.

Matt Brooks
April 29, 2018 10:51
That's correct, your waits happen asynchronously which lets you scale better as you are using less resources.

It's also that you cannot use await inside of a lock block, so lock isn't really an option.

thanks, that makes sense. Funny thing I seemingly never ran into a situation where I needed an await inside a lock block.

Also I remembered semaphore to be useful when I want to allow a specific number of threads to enter a specific code block, but on the other hand they're considerably slower than locks. But in (distributed) server applications the support for asynchronous await is more important, so that's a very valuable information to me. So - thanks again :)