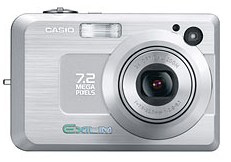 Mo and I picked up a new Digital Camera today. We'd been using a Casio EXILIM EX-Z3 for the last several years and were very happy with it. Sure there's lots of nice Pro-sumer cameras out there, but we wanted a small (purse or pocket) camera that we could take travelling without thinking much about it. Our Z3 was a 3.2 megapixel camera and was taken to four continents without a hitch. All the travel pics that I've posted to this blog and all the photos of Z have been taken with that it.

We ended up with the Casio EXILIM EX-Z750 which appears to be very well thought of within this kind of camera. 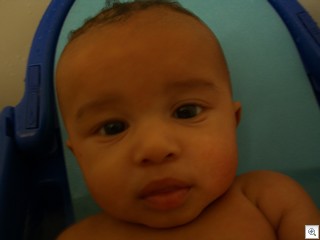 Stuff to Think About

All in all, we're pleased. Now I've got a world-weary Casio EX-Z3 for sale in Portland with two docking stations, any takers?