I travel a lot and I've talked about the importance of having power while on the go. I carry a small Four Outlet Mini Power Strip, for example, as well as an all-in-one travel plug adapter. I like tools and gadgets that solve more than one problem and/or have multiple-functions.

Until phone and tablet batteries batteries can last for a day of solid use, I also carry a portable battery charger. In fact, I have been testing a bunch over the last few months in search of the Perfect Portable Battery Charger. Spoiler Alert, it doesn't exist yet, but each of these chargers has one of those characteristics.

What do I want? I want a 8000mAh or greater portable charger that weighs less than a pound, has a USB port. It should support a full 2A output for iPads or large tablets, but at LEAST 1A for phones. Bonus points for built in cables for iPhone and micro USB. It should have Solar for emergency charging. Bonus points if it can charge two phones at once, or at least take a 2A load. The fewer dongles or adapters I need to carry, the better.

NOTE: For reference as you read, here's mini-USB vs micro-USB using a photo from PowerLet and Rob Jackson.

What kind of charger do I need?

As you look at these devices and their Pros and Cons, ask yourself these questions:

That black part isn't a phone, that's the battery and on the side is a Solar Cell. The WakaWaka will charge in sunlight in about 8 hours, or in about 4 hours when charge it using micro-USB input. 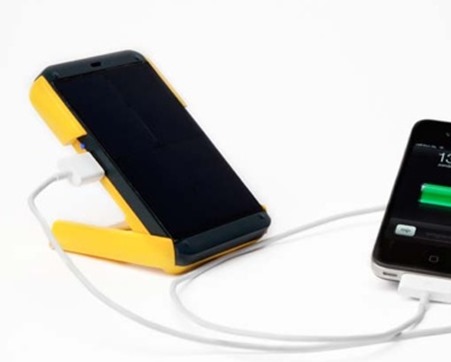 This simple and light charger charges with whatever micro-USB AC adapter you already have. It's claim to fame is the three built in cables for charging. 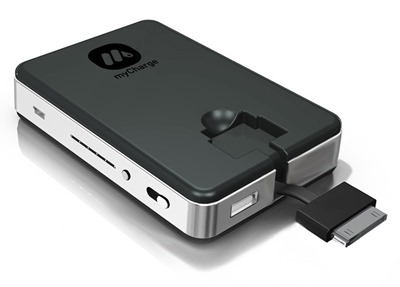 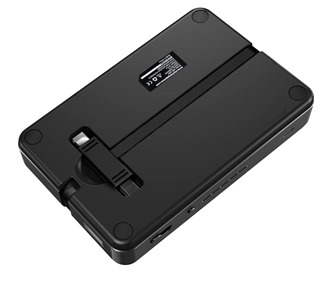 This weirdly shaped battery is a full 6600mAh and weighs only 180 grams (well under a half-pound.) It has a mini-USB in for charging and two USB ports for output. It comes with 8 little adapters, but I haven't used any of them. I just use what came with my phone. It will also charge a large iPad which is a great plus. Charges in about 9 hours. 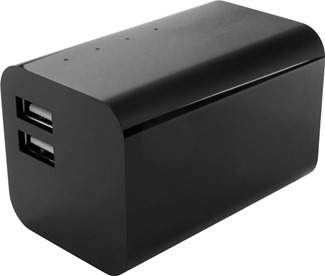 Ok, TO BE CLEAR, this thing is a BEAST. It weights 1.4 pounds, almost half what my Ultrabook laptop weighs, but - it puts out an obscene 2.4A if need be and can charge as many as 5 small phones at a time. It adds over 24 hours more usage to an iPad with a 16000mAh battery. This is a great overnight charger. 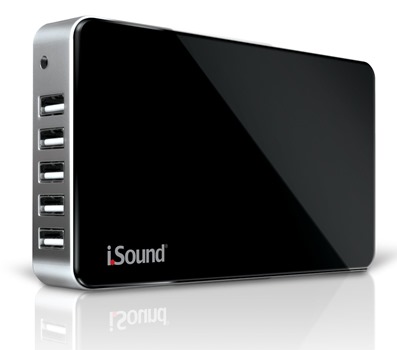 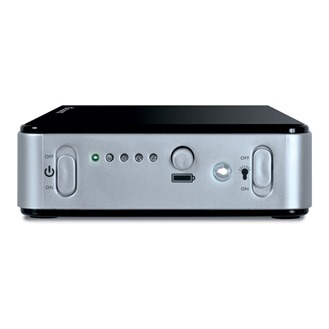 This is a nice charger that plugs right into the wall. The solar panel is very small and will top it up a little in a day of full sunlight, although I've never been able to full the battery only on solar. It's the built in AC that sets it apart. Comment on this post [17]
Share on Twitter or Facebook or use the Permalink
July 26, 2013 1:35
Scott, I recently bought a charger that meets most of your criteria, except for the solar panel. I am extremely happy with it. Given the size and weight, its capacity is surprisingly high at 12000mAh. NewTrent makes it, the model is an iCarrier IMP12D, it weighs 10oz (.6lbs), the form factor is great, it has 2 USB ports (2.1A for tablets & 1A for phones). Take a look at it.

I'm not sure solar is really viable unless you have large external panels and lots of direct sunlight (no glass in the way).

Rupert Rawnsley
July 26, 2013 18:00
I have the iSound. The weight doesn't bother me as much (I don't travel often), but you're spot on with the criticism about the charger - would it kill them to use a non-proprietary charger? They'd get bonus points if they used a micro or mini USB attachment. (Not sure how that would affect the charging time, which is already substantial).

It charged mine and friends phones all weekend while camping and still survived.

Bart
August 05, 2013 19:27
I started using/testing this one on the day you posted this :) After 3 weeks on the road I can say it works really well and I think it meets most of your requirements.

It has some unique features, but probably also some stuff you would miss. Also the kickstarter is almost ending and they haven't got enough funding. But the guy is a genius, he created a 5.9W (idle) High-end desktop machine:
http://ssj3gohan.tweakblogs.net/blog/8217/fluffy2-59-watt-high-end-desktop-computer.html

Just ran across the EnergyBar 250: