I hope that this blog post is found and helps someone. I wasn't sure what to title it. Hope Google Juice got you here!

Read this whole post, there's a lot initially but there's really just two or three small pieces. It'll be worth it because you'll be able to have a nice one click menu and drop directly into a serial port terminal on Windows in the Windows Terminal

Often when you're doing embedded systems development you'll want to monitor or talk to the COM/Serial Port just like you SSH into remote system. Folks ask questions like "How to connect to a serial port as simple as using SSH?"

On Linux you'll use things like "screen /dev/ttyS0" for COM0. With Windows, however, the historical guidance has always been to use Putty. It'll work but it's somewhat old, quirky, and it doesn't integrate well with the Windows Terminal and a more modern workflow.

Say I have a small embedded microcontroller device that talks over a COM Port (usually via a USB->COM bridge) like an Arduino.

Let's assume this device talks to the COM port as if it were a terminal and it's outputting stuff I want to see. I'll use this great little CLI example app for Arduino from Mads Aasvik to simulate such a device.

Here's what it looks like under Arduino's Serial Monitor, for example. This is a Windows app doing serial communication with its own interface wrapping around it. I want to do this at a command line, and bonus points if it's in Windows Terminal. 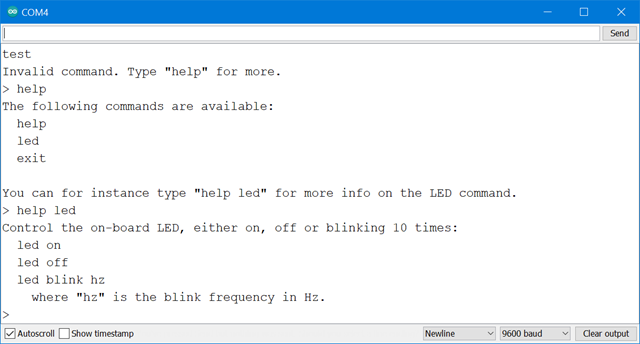 If you have Windows 10 you can the Windows Subsystem for Linux quickly with this command at a Admin prompt:

Then go to the Windows Store and get any small Linux. Ubuntu or Kali will do for our purposes. Run it and set your user and password.  (I tried Alpine but it still has issues with screen and /dev/null/utmp)

NOTE: If you are using WSL2 and have set it as default, run wsl --list -v and ensure that your new distro is using WSL1 as only WSL1 will let us talk to the COM Ports. You can change it to WSL1 with "wsl --set-version DISTRONAME 1" from any command prompt.

To test this out now, run your new distro from any command line prompt like this. Add the "screen" app with sudo apt update" and "sudo app install screen".

You can see here that my Arduino serial device is on COM4. On Linux that device is /dev/ttyS4

That means that I should be able to talk it from any WSL1 Linux Distro on Windows like "screen /dev/ttyS4 9600" where 9600 is the speed/baud rate.

Get Minicom on your WSL1 distro

Screen is somewhat persnickety for Serial Port work so try Minicom. Minicom is a nice little text com program. Install with apt install minicom and run for the first time with "sudo minicom -s" to set your default. Note I've change the default port from /dev/modem to /dev/ttyS4 and the speed, in my case, to 9600. 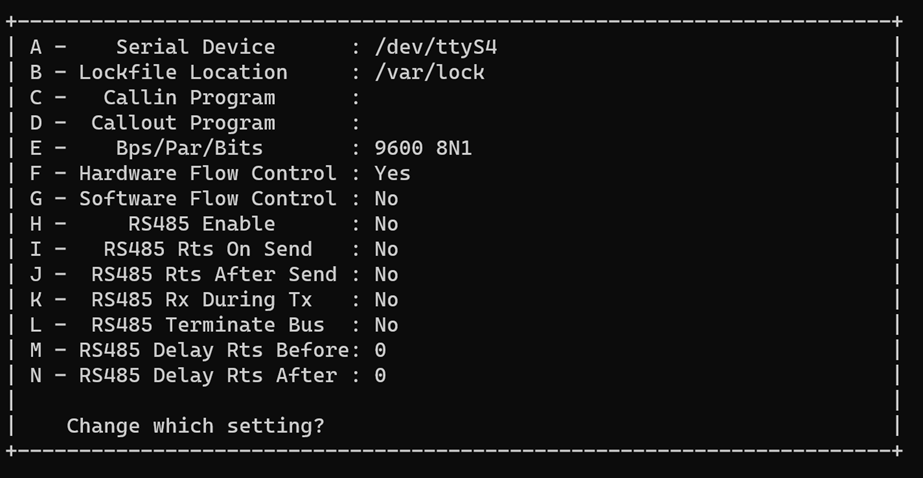 Then I hit enter and save settings as the dft (default) in minicom. You can also turn on Local Echo with "Ctrl-A E" and toggle it if needed. Now I can talk to my Arudino with minicom.

Ensure dialout permissions to talk to the COM port

NOTE: If you get "cannon open /dev/ttyS4: Permission denied, you may need to add your user to the dialout group. This way we don't need to sudo and get no prompt when running minicom!

I can now run minicom on my configured COM port 4 (/dev/ttyS4) with wsl -d DISTRONAME minicom without sudo.

Here I'm talking to that Arduino program. This embedded app doesn't need to me hit enter after I type, so remember your own embedded devices will vary. 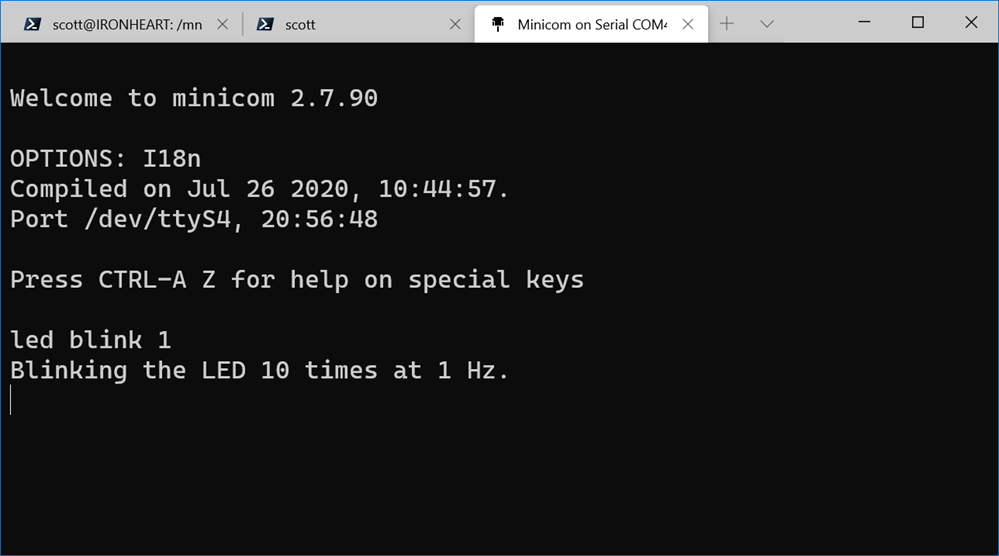 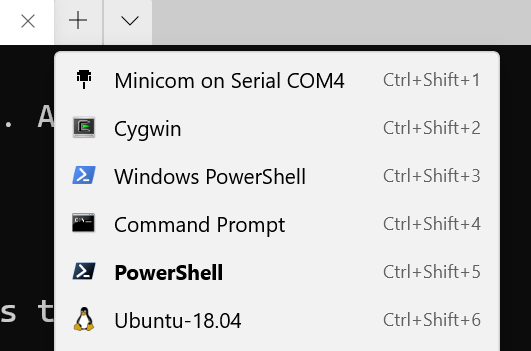 I hit settings and add a new profile like this at the top under profiles in the "list." Again, your distro name will be different.

saxer
August 26, 2020 0:41
You'd be surprised how many folks still use Procomm (a Windows terminal emulator that went EOL around 20 years ago). It's still popular with network engineers and manufacturing folks that deal with embedded systems. It even had its own little scripting language called "aspect"-- named as a pun against the unix TCL-based scripting tool called "expect".

Being able to run minicom (for rs232/rs485 and telnet!) and ssh, along with the scriptability of linux means we no longer need the ancient windows terminal emulators from the windows 95 era.

https://payforessay.net
August 31, 2020 21:36
Hi friends! I know for sure that with so many scam writing agencies currently operational in the industry it may become too confusing for inexperienced customers to decide which agency to place their trust in. There is, however, only one writing service which is trusted by millions around the globe - it is the coolest online writing company I have ever found.

grademiners.com
October 20, 2020 9:43
Thank you for the sharing good knowledge and information its very helpful and understanding..