One of the things I was lucky to do at PDC 09 a few weeks ago was host a "talk show." The folks at Channel 9 hooked up some amazing equipment and a great team and had basically 8 solid hours of live television streaming (over Silverlight and IIS Smooth Streaming) every day using the Professional Developer's Conference.

I had an hour or so each day over the three day conference, usually around the lunch hour. Some guests were fun, some were more challenging, but I tell you - after having done stand-up (and kind of failed), doing code demos and powerpoint for years, hosting panels and roundtables, I think I'm supposed to be hosting my own talk show. ;) If I had more creative control (and wasn't working for The Man) I'd love to take on Craig Ferguson or Jimmy Fallon. What a blast!

Anyway, Nic and the team at Channel 9 are busy transcoding and chopping out many hours of videos and putting them up on Channel 9 under the "ch9live" tag.

Two of my segments are up so far, but there's a dozen segments with lots of great hosts like Charles Torre and Robert Hess. One day they'll let me near Ozzie, but this time I got to sit down with Bob Muglia and the deeply awesome Mike Anguilo. Mike is the GM dude that designed the laptop that all the PDC attendees took him. Even though I was nice to him, he didn't give me a laptop. Sigh.

Here's some video. I'll post more as it comes up, and be sure to check out the whole set as more are going up each day. Here's the complete Live on Channel 9 schedule.

Scott talks to Mike Anguilo about the PDC Laptop 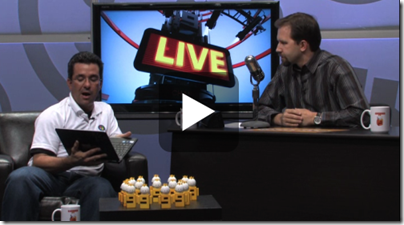 Channel 9 Live at PDC09: Bob Muglia and the Cloud 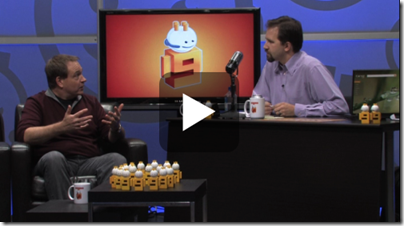 I hope you enjoy watching them as much as I had doing them. More to come soon! Maybe they'll let me be more wacky at Mix 2010!

Oh, other thing, last week Jon Galloway and I were up in Redmond for his New Employee Orientation (NEO) last week and we stopped by (crashed, really) "This Week on Channel 9." 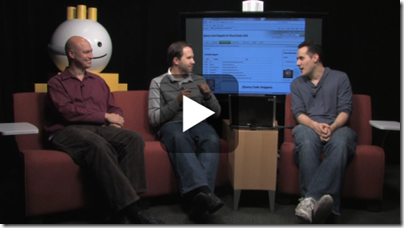 This week on Channel 9, we're joined by Scott Hanselman and Jon Galloway to discuss the week's top developer news, including:

On the live side of things, Here's the other great segments from Channel 9 Live @ PDC as of the time of this post:

Comment on this post [4]
Share on Twitter or Facebook or use the Permalink
December 08, 2009 1:38
Nice! I'll load these videos on my IPhone and watch them in the gym. By the way I enjoyed the set of interviews with the ASP.NET team at Microsoft.

Klaus Graefensteiner
December 08, 2009 2:28
I don't know if it been uploaded yet but I loved the shows which you almost broke the guy laptop (by twisting it the wrong way, watch the reactions of the guests.) and the coding 4 fun guys.

https://www.google.com/accounts/o8/id?id=AItOawlhzeKcbm34gBtPIRH0ixtCFHvjPrzVQfw
December 08, 2009 15:14
I don't like Conan or Leno or any of those shows, but I loved when you were hosting Channel 9. I would watch that show. Someone get this man a late night slot!

Tom Ritter
December 18, 2009 2:58
Enjoyed these videos. But I don't agree with the set which is let's say inspired by late night shows. You have original content and an original style and I'm sure you can be original when it comes to a set.