Get on the Windows Terminal PREVIEW train - now with Settings UI

The two Terminals can be pinned side by side if you like. Here you can see the Preview Terminal has a "Pre" badge in the taskbar.

Historically you've had to edit a settings.json file - usually with Visual Studio Code and it's lovely json schema support, natch - but as of Windows Terminal 1.6, you've got a preview of the long-awaited Settings UI.

Get the Terminal 1.6 Preview, press Ctrl+, to get your settings.json, then paste this down by the actions array at the bottom:

Here is just one section! I thought I know all the settings but there's a TON I missed. You'll also notice all my Profiles on the left PLUS a Base Layer for inheritance. I was pleased to see the Grayscale vs ClearType (subpixel rgb anti-aliasing) choice, as well as some of the more obscure cursor options.

A real color schema editor is also overdue, so it was awesome to see that as well. 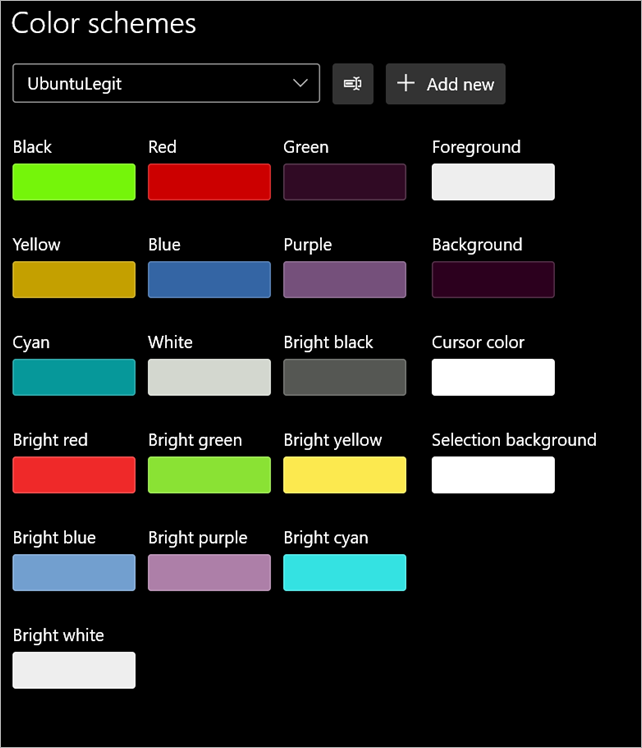 You can, of course, hop between JSON the UI. Here's the UbuntuLegit (from Kayla!) color schema as a UI, above, and as JSON, below.

I've been using Windows Terminal Preview as my primary lately, even over the "more stable" released version. Fortunately I can run both, but the Preview is my go-to right now.

Sponsor: Protect your apps from reverse engineering and tampering with PreEmptive, the makers of Dotfuscator. Dotfuscator has been in-the-box with Microsoft Visual Studio since 2003. Visit preemptive.com/hanselminutes for a professional-grade trial.