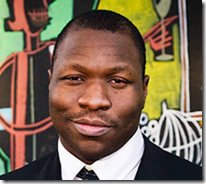 My one-hundred-and-twenty-third podcast is up.  I sat down with Dare Obasanjo this week and we chatted about the interesting problems that Social Networking sites face. Dare blogs about social networking, amongst other things, at http://www.25hoursaday.com/weblog/

Nic Wise
August 06, 2008 18:02
Viral: Dare is right about the evil "viral people". Don't get me wrong, apps like iLike and Flixster are good apps, but they also got a very big head start due to some Facebook favoritism & naïveté. It's a mixed blessing, it's part of what helped to make Facebook popular, but developers can feel slighted.

They've recently launched a Great Apps program to help "certify" their top apps. They have badges and everything. Again, mixed blessing, it's great for the Facebook community, but when then program launched two apps were already rubber-stamped. This was announced at their annual F8 conference. So now, these two apps already have the "seal of approval" and the other great apps are left wondering when / how they can get their seal?

There are app developers who have a livelihood that depends on the Facebook platform and now they find that find their competition (other apps) getting approved for programs not available to them!

There's definitely been some backlash from all of this. But frankly, Facebook has simply been the best platform for which to build apps. Developers have some really valid complaints (and I work with lots of them), but none of the other platforms are as prepared for Apps as Facebook. MySpace has been very slow to grow, they didn't even have invites until a few weeks ago. Bebo has had a platform for a long time, but if you play around on Bebo you'll see that apps are "buried" in the interface. Hi5 has started to make a big splash, but still doesn't have the traffic numbers.

Feed Relevance: You both discussed the difficulty of attaining relevance in your feeds. For the record Facebook has a whole team dedicated to trying to build the "news feed" and to keep the material relevant. Since you've recorded the podcast, they've launched their new UI, which does two things to help address this. The news feed is now much longer and each item has a preferences drop-down of the style "More/Less About Scott" and "More/Less Pictures. So they're trying to bridge that divide of which you spoke, but it isn't easy.

Of course, one of the problems you didn't mention was change over time. The relevance of some people does change over time, good friends come and go and come again. Let's try modeling that :)

Who's in what group: It get's worse when you have people in multiple lists :) But I have categorized all of my friends and I did find it worthwhile (I just don't want to do it again). However, you'll find that it's only a problem for a limited set of us über-connected people. Lots of people don't have (and will never reach) the mark where they have "too many" friends. In fact, as a guy with "too many" people on my list, I can tell you that most of my friends simply don't have the problems I do.