How to remove words from the Windows Autocorrect Spell Check Dictionary

Well crap. I was typing really fast and got a squiggly, so I right-clicked on it and rather than selecting the correct word from the autocorrect dictionary, I clicked Add To Dictionary.

I added the MISSPELLED WORD to the Dictionary! Now Windows is suggesting that I spell this word (and others) wrong in all apps.

At this point I also realized that I had no idea how to REMOVE a word from the Windows Spell Check Dictionary. However, I do know that Windows isn't a black box so there must be a dictionary somewhere. It's gotta be a file or a registry key or something, right?

It's even easier than I thought it would be. The Windows 10 custom dictionaries are at %AppData%\Microsoft\Spelling\

I just opened the default.dic file in Notepad and removed the misspelled word. 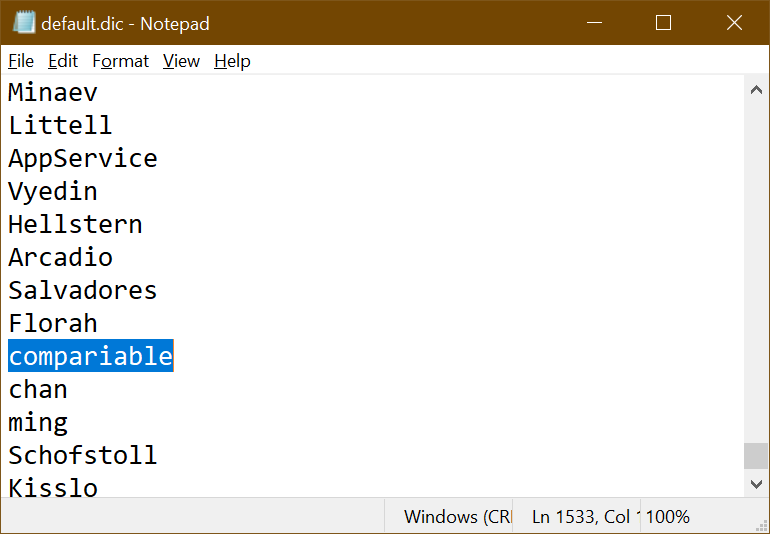 Whew. I can't tell you how many wrong words have found there way in there over the years. Hope this helps you in some small way.

Bart
December 13, 2018 15:37
Hi,
just experimented with this by putting in a misspelled word and cannot find it in the default.dic of either UK or US folder!
Now I have mizzspelt in the dictionary!
Any ideas please?

I just deleted all the content from all files.