How to update the firmware on your Zune, without Microsoft, dammit. 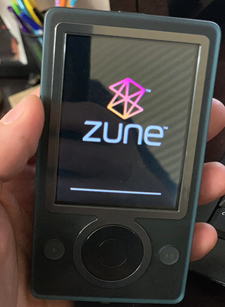 As I said on social media today, it's 2019 and I'm updating the Firmware on a Zune, fight me. ;) There's even an article on Vice about the Zune diehards. The Zune is a deeply under-respected piece of history and its UI marked the start of Microsoft's fluent design.

Seriously, though, I got this Zune and it's going to be used by my 11 year old because I don't want him to have a phone yet. He's got a little cheap no-name brand MP3 player and he's filled it up and basically outgrown it. I could get him an iPod Touch or something but he digs retro things (GBC, GBA, etc) so my buddy gave me a Zune in the box. Hasn't been touched...but it has a super old non-metro UI firmware.

IMPORTANT UPDATE: After I spent time doing this out I found out on Twitter that there's a small but active Zune community on Reddit! Props for them to doing this in several ways as well. The simplest way to update today is to point resources.zune.net to zuneupdate.com's IP address in your hosts file. The way I did it does use the files directly from Microsoft and gives you full control, but it's overly complex for regular folks for as long as the zuneupdate.com server exists as a mirror. Use the method that works easier for you and that you trust and understand! 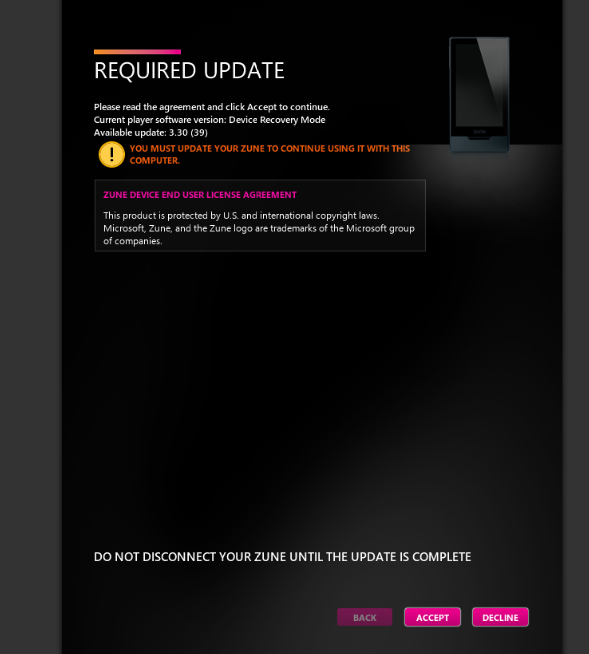 It's worth pointing out that the original Zune server was somewhat smart and would only return firmware if we NEEDED a firmware update. Since we are faking it, we always return the same response. You may be prompted to install new firmware if you manually ask for an update. But you only need to get on the latest (3.30 for my brown Zune 30) and then you're good...forever. 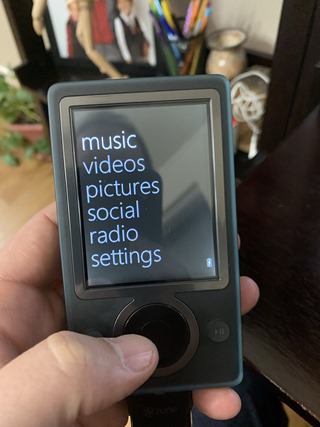 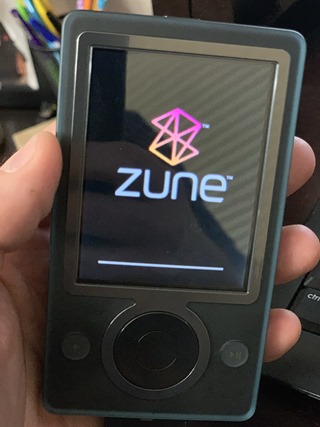 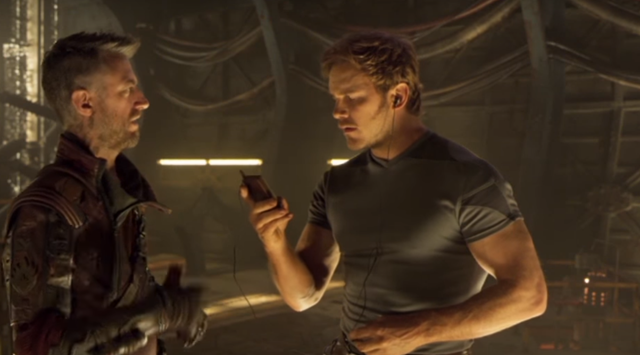 Dmytro Rudenko
January 12, 2019 15:46
I remember putting Rockbox instead of official iPod software. I hated iTunes from Apple. Don't know whether there is Rockbox for Zune but if yes then I would recommend using it. Really great alternative firmware with a lot other features. I use nowadays only smartphone but I remember great times having Clickwheel on my iPod Mini :)

Bernard Vander Beken
January 12, 2019 19:44
Noice work! I will say I have an OG zune still kicking it too. I did a bake off blind test a few years back and compared a multitude of phones and mp3 players with some bose headphones. Everyone said the OG zune was #1 in sound quality. All Apple devices placed last in sound quality even when compared to the HTC HD7 and some Android phones.

Your son will have some good sound quality. 👍

Adam Schildmeyer
January 12, 2019 21:30
How is installing chocolatey and running a couple of commands - also all on the commands line - easier than:

The TARGETDIR property is case-sensitive.

Easy and no additional software. 😁

Heath Stewart
January 12, 2019 21:52
Thanks! Good stuff. I still use my Zune. I bought it when the large hard drive version came out and it still works just fine.

What's crazy is that the Zune desktop software hasn't been updated (in a decade?) and it's still better than iTunes.

Timothy Lee Russell
January 13, 2019 1:59
Had to follow a similar procedure last winter, when the air is drier than during summer, and static electricity became a problem.

Static electricity sparks would cause my Zune to spontaneously reset after touching it and I'd feel (and see) a spark zapping it. Then one day I guess one of said sparks fried the firmware as it told me it needed to be reflashed.

I reinstalled the firmware (I wish zuneupdate.com had been around!), and it started working again.

Unfortunately now after 10+ years of heavy use, it's the Back button that's stopped working, making it rather impractical. Fortunately I had planned for that day, and had already purchased 2 spare Zune HDs from local eBay equivalents a few years ago...

dandy
January 14, 2019 7:18
Great job, though I was looking for a way to attach my old Lumia 1020 as a car navigator app and using the cool built in map.
One more thing, seems your captcha is not working well, the comment "Oh! a new social media!" is a bot and spam.

Amin
January 15, 2019 19:10
My kids both have Lumia 640s running 10 for the same reason - I don't want them to have phones. Yeah, I know they're phones, but they have no SIM and since they're Microsoft I can fully control them with Family Settings. Plus, when I bought them they weren't rare so they only cost like $30-$40!