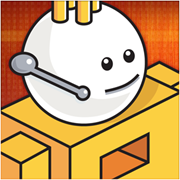 While I was running around Mix09 and the MVP Summit this last few weeks I was taking video with my Flip Ultra and my new Creative Vado HD (I took the Flip Mino HD back, as I thought the quality was poor). I put a bunch of these videos up on Channel 9 and declared it "Hanselminutes On 9." It's not official, but maybe if you leave comments they'll make it a regular thing. Some of the videos are pretty cool. Others, totally useless. ;)

While Channel 9 recompresses my already compressed streams, I want to point out that the letterboxed 16:9 videos were done with the Creative Vado HD, then the aspect ratio was changed with Expression Encoder. The 4:3 videos were done with my regular Flip Ultra. Let me know which ones you prefer more.

If you like this idea, I'll start taking my cameras everywhere and when I talk to interesting people, I'll throw the videos up on Channel 9 as I make them. I started doing this almost two years ago with Rory and a bunch of videos were recorded, but those recordings are lost in the sands of time. Here's the first "pilot" episode of Hanselminutes on 9 with Polita Paulus, though. You can see from the old comments that it was a pretty decent show, that.

I also want to point out, that while it's not totally obvious, there are some tiny icons next to the images when you get to the Channel 9 site. They look like this:

These icons are clickable and mean each video is available in a number of formats, including portable device ones, and also that you can easily share these links/videos on various social networking sites. So please do.

jcopenha
March 30, 2009 0:29
I just watched the original Hanselminutes on C9 again 2 years (almost exactly in fact) after I last watched it.

It was interesting to watch you asking questions to Matt Gibbs about MonoRail and note how Microsoft just shipped their own MVC framework built on top of ASP.NET. Isn't BLINQ the original incarnation of what is now ASP.NET Dynamic Data? There was a shout-out to John Lam and RubyCLR, and now the DLR team is close to finishing IronRuby 1.0, Microsoft's implementation of Ruby.

This interview was prescient of many things to come out of Microsoft the past couple years. I wish Channel 9 had more videos like this. I hope you keep doing Hanselminutes on C9! Maybe we'll get more glimpses at what's to come from Microsoft. For instance, I have high hopes that somebody like Johnny Lee will play a big part in improving the way we interact with computers.

Dan Gilleland
March 30, 2009 22:01
Is this what it's come to, watching Joel Spolsky ride an escalator? He should have twittered it: "I'm riding an escalator with Jeff Atwood & Scott Hanselman."

John
March 31, 2009 11:35
i like the c9 hanselminutes
reminds me of really old channel9 stuff, just walking the hallways and talking to people who where barely prepared :)

what ever happend to rory anyways? isnt he working at microsoft anymore?

aL3891
April 01, 2009 18:42
I ordered the Flip yesterday based on your review, the videos I've seen, and other reviews on Amazon. While I would have liked the Vado it was out of the budget that would still meet the wife-acceptance-factor.

After ordering it I realized I'm running Windows 7 on the main PC I'd want to use it with, just wondering if you'd seen any issues with the Flip and Windows 7? Don't care too much about the bundled software as I also ordered the Adobe Premiere Elements/Photoshop Elements bundle at the same time. If the built in software works it'll be gravy as far as I'm concerened.

Like aL3891 I'm enjoying the "walk around" videos, fun stuff very informal but informative. Just got done watching Phil Haack one taken durng the MVP summit on my Zune 80, brought back lots of nice memories of the summit (it was my first one).

Dan - I like both. I use the Ultra for little stuff where quality doesn't matter. I use the Vado when I want high quality, large files and 16:9.