Podcast Update with Guest Spots and a New Show - October 2012

I've been on a podcasting kick lately. Not for any particular reason, but a number of things have come together that have found me as a guest on a number of podcasts. I've also had the good fortune to have a number of great guests on Hanselminutes lately.

Lots of folks who listen to podcasts are doing it while commuting. I hope you enjoy these additional podcasts and perhaps they'll edutain you during your daily commute.

I hope you take a few minutes and download a few of these shows.

Just last week my buddy Joel Spolsky had me on the 35th episode of the new StackExchange Podcast. I've complained about podcasts that are "just talk" before and brought my prejudice to Joel's show, but we have so much fun just beating each other up that I have to admit defeat. Not ever podcast has to be dense with information and content - and this episode is no exception. ;)

I hope they'll have me back soon. 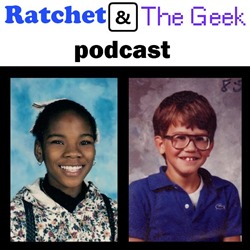 Announcing - Ratchet and The Geek #1

Just a few days ago I launched my third podcast as a collaboration with my good friend Luvvie. Luvvie is a social media consultant and popular humor blogger that I've known for years. We've been kicking around the idea of a podcast since early this Spring. We have such fun when we call each other on the phone, why don't we start recording our calls? (and adding a little structure.)

Luvvie has blogging, social media and marketing expertise, while I'm a coder and teacher. We both like the same music, pop culture, TV shows, movies, gadget and technology so we have mashed it all together into Ratchet and The Geek.

We'll be doing the show late late on Thursday nights every two weeks. 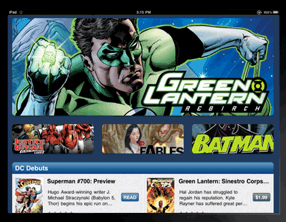 I've been REALLY getting into Digital Comics via Comixology over the last year and blogged about it in some detail (with animated gifs!) and earlier this year I was a guest on an episode of Fanboy Radio.

Fanboy Radio (or 'FbR') is a radio talk show all about pop culture and entertainment from the fan's perspective. It's also broadcast on the radio in Fort Worth, Texas.

We had a great chat, covering the rise of digital comics, Comixology, GuidedView technology and lots more. The guys were a lot of fun and it was an opportunity for me to geek out about something that isn't programming or computers. (I DO have other interests, you know.)

Last month I was on Simple Mobile Review at the invitation of Chris Ashley. We talked about phones and NFC technology and if it will ever take off. We discussed the new iPhone 5 and teased Robb for sticking with his BlackBerry.

It was a great time and we spent a bunch of time teasing each other, which is an important part of any good podcast. 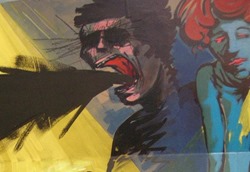 Some of you may have missed the most recent episode of This Developer's Life from last month. Rob and I asked ourselves where does drama come from? How do we react to it? How much drama can be created by simple semicolon? We explore The Great JavaScript Semicolon Affair with guests like

This Developer's Life is sponsored out of kindness by the epic win that is DevExpress. 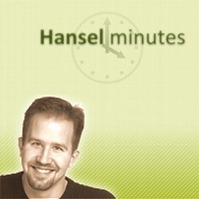 If I may be so bold as to say Hanselminutes has been pretty good lately. I've had some great guests - many suggested by listeners! - and some great conversations. Here's just this month:

This week's show has a special offer for listeners from DNSimple, my DNS service of choice. Four months free at http://dnsimple.com/hm. Did you miss one of these shows perhaps? Why not subscribe now so you don't miss another show?

Sponsor: Big thanks to this week's sponsor. Check them out, it's a great program, I've done it and spoken to actual live humans who help you get started writing an app! Begin your 30-day journey to creating a Windows Store app or game for Windows 8 or Windows Phone today. Your Idea. Your App. 30 Days.

I look forward to listen to all of these - and yes, it will be on my daily commute ;-)

I can't seem to find them on the Windows Phone marketplace - I really enjoy how I can subscribe to Hanselminutes, and a new podcast shows up during the night, once a week.
Do you know if any of the above mentioned podcast will find its way to the marketplace?

I'll try out these podcasts, thanks. A blog post (or podcast) about other podcasts and podcasting would be interesting.

Are you concurring digital media or what?

Where ever will see, we found you... And trust me I just loved this.

Keep talking, keep posting... My morning don't start with facebook or news site but http://hanselman.com and I just want to continue this as longest time possible.

Do take care of your self.
Thanks for everything...

Kunjan
November 01, 2012 18:08
Hi Scott,
whenever there is a new episode of Hanselminutes, that's the first thing I am listening to on my commute. But I didn't even know about "This developer's life"!

I'm going to make my dear wife listen to the drama episode.

Thank you for making these for us,