Roy Osherove is having a beauty contest...a Windows Desktop Contest.

You send in a screenshot of your windows Desktop - the coolest three at the end of the contest get some cool prizes.

The contest ends August 31st 2006. The Judges are Roy, myself, Carl Franklin and Mike Gunderloy. Just the chance to win an MSDN Premium subscription is reason enough to submit your shot now! Get over there and crush his servers with the weight of your awesome desktop.

Here's my home desktop. It's not nearly as cluttered at home as at work. Here's my work desktop: 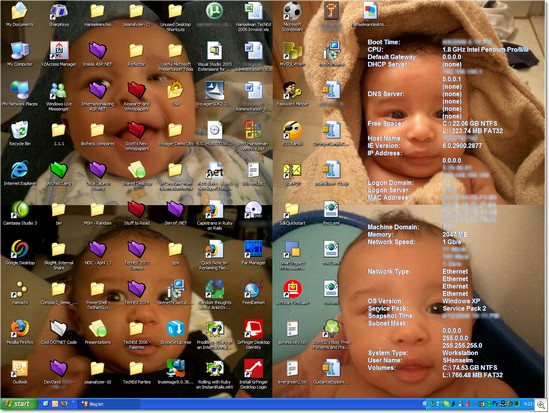 You, yourself, are one of top nominates for this award :-P