The 2017 Christmas List of Best STEM Toys for kids

In 2016 and 2015 I made a list of best Christmas STEM Toys for kids! If I may say so, they are still good lists today, so do check them out. Be aware I use Amazon referral links so I get a little kickback (and you support this blog!) when you use these links. I'll be using the pocket money to...wait for it...buy STEM toys for kids! So thanks in advance!

Here's a Christmas List of things that I've either personally purchased, tried for a time, or borrowed from a friend. These are great toys and products for kids of all genders and people of all ages.

The Piper is a little spendy at first glance, but it's EXTREMELY complete and very thoughtfully created. Sure, you can just get a Raspberry Pi and hack on it - but the Piper is not just a Pi. It's a complete kit where your little one builds their own wooden "laptop" box (more of a luggable), and then starting with just a single button, builds up the computer. The Minecraft content isn't just vanilla Microsoft. It's custom episodic content! Custom voice overs, episodes, and challenges.

What's genius about Piper, though, is how the software world interacts with the hardware. For example, at one point you're looking for treasure on a Minecraft beach. The Piper suggests you need a treasure detector, so you learn about wiring and LEDs and wire up a treasure detector LED while it's running. Then you run your Minecraft person around while the LED blinks faster to detect treasure. It's absolute genius. Definitely a favorite in our house for the 8-12 year old set. 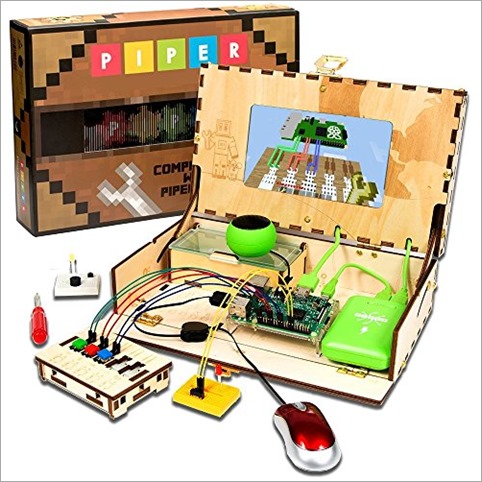 Suspend! by Melissa and Doug

Suspend is becoming the new Jenga for my kids. The game doesn't look like much if you judge a book by its cover, but it's addictive and my kids now want to buy a second one to see if they can build even higher. An excellent addition to family game night. 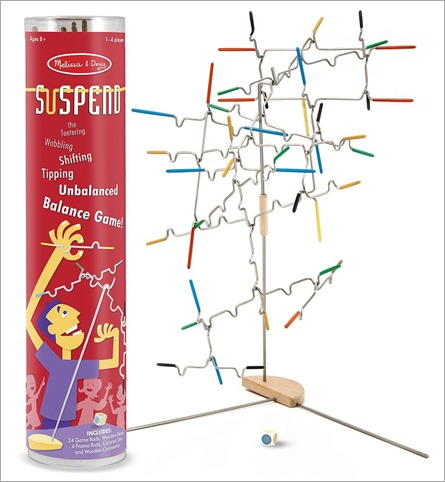 I love LEGO but I'm always trying new building kids. Engino is reminiscent of Technics or some of the advanced LEGO elements, but this modestly priced kit is far more focused - even suitable for incorporating into home schooling. 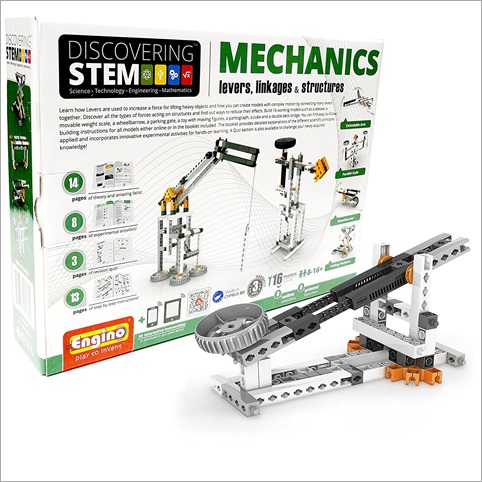 I've always wanted a 3D Chess Set. Barring that, check out Gravity Maze. It's almost like a physical version of a well-designed iPad game. It included 60 challenges (levels) that you then add pieces to in order to solve. It gets harder than you'd think, fast! If you like this, also check out Circuit Maze. 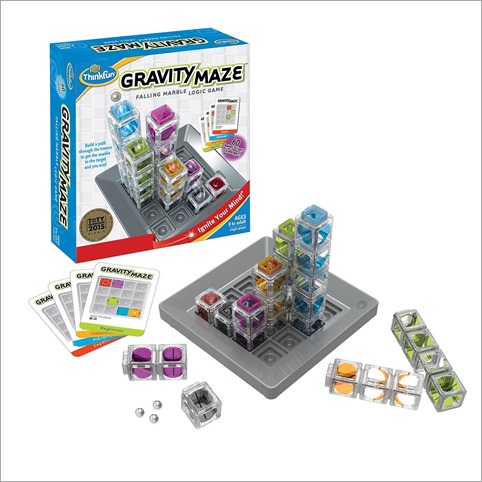 Osmo is an iPad add-on that takes the ingenious idea of an adapter that lets your iPad see the tabletop (via a mirror/lens) and then builds on that clever concept with a whole series of games, exercises, and core subject tests. It's best for the under 12 set - I'd say it's ideal for about 6-8 year olds. 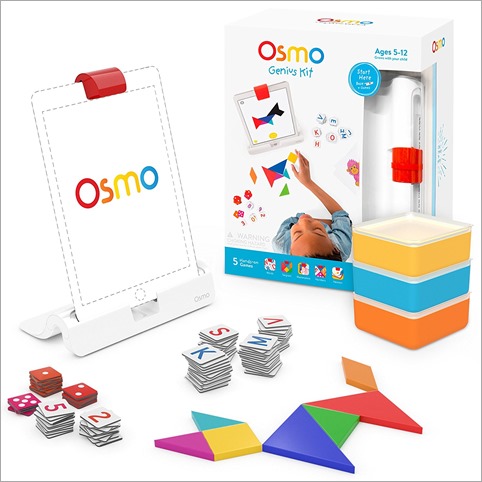 Graeme Christie
December 09, 2017 14:43
These all look like a lot of fun!
Most of them seem to be intended for 8 years and up. Would you have any tips for slightly younger children?

My son is six and a half, he is a quick learner with good fine motor skills but a limited patience with things which do not work out in the first few tries...

Tore Green
December 10, 2017 22:41
Minecraft is a wonderful learning tool. A couple summers ago I taught a coding class using Minecraft to my daughter and her friends (even some of the parents stayed and learned some coding!) It was a blast to see the kids make a one line change and then pigs start dropping a diamond, then followed by them changing it to 100 diamonds and then 100000000000 diamonds followed by an integer overflow error which was a great teachable moment.

The Piper Computer kit is pricey but for the right kids it is a really good option for learning.

Kevin McKenzie
December 11, 2017 1:07
Congratulations for you both! Looking forward to next ones!
Since you commented, maybe its time to a new Podcasd episode, I simply loved the ones with your wife, she's way smarter than you and this is hard to be!

Rune
December 11, 2017 18:10
I'll add the Dash programmable robot to this list. My 6.5 year-old son is getting one for Christmas. He's really enjoyed programming via code.org and this has a similar block-style programming app available for it.

The Lego robots looked great, but this has no pieces to keep track of/lose.

The Dash looks great, I just wish it had Windows 10 support like the Lego Boost. Still, it's good to have multiple options for multiple situations.

Mike C
December 15, 2017 4:22
Got this "Doc" for the four year old (it's aged 4-8) recently. Very simple concept. You program the path the robot should follow to reach a destination. Especially like how it teaches to learn from mistakes. It also comes with cards for the instructions, so you can lay out a program (forward, forward, turn left, pick up, turn right, forward, ...) and "debug" is by switching out cards etc ... Not sure who enjoyed it most though :-) Here's a video: https://www.youtube.com/watch?v=8JXJa-gItFc

Aaron
December 17, 2017 2:04
I bought the Piper kit last week for one of my grands for ~$160. Soon after it became STEM toy of the year and today when I went to buy it for a second grand I found the price had more than doubled!
I don't know if I can support a company that will ramp up the price of a product based on popularity. If it is truly popular, keep the price reasonable and more will buy it and you still will make a lot of money.