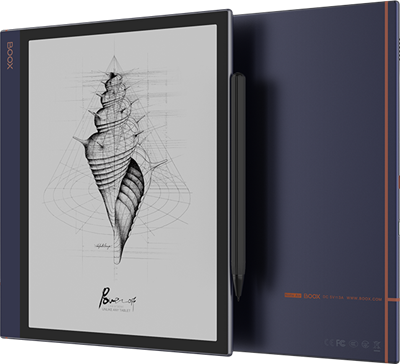 There's something happening in the E Ink space, somewhat quietly, but consistently. It's going to be interesting to see if it's a fad or if E Ink tablets are here to stay. I love my Amazon Kindle and I love its E Ink display. I'd say 90% of my reading in the last 5 years has been on a Kindle with E Ink. They are bright in direct sunlight, and the newer ones have color temperature settings. The starter Kindle is about $90 and you'll often find sales.

For mostly static content like books or magazines, E Ink is an amazing paper-like technology. We seem to be putting a huge amount of technology and work into creating displays to replace paper. First the look, and most recently the feel of writing on paper. These one page digital devices promise to act as Infinite Paper.

E Ink is easier on the eyes than OLED and iPads and the like. How does it work? The simple explanation is that there's tiny capsules of negatively charged black pigment and positively charged white pigment. We can apply negative or positive charge and the black or the white pigments will jump to the top. It's kind of like an Etch a Sketch, except with electricity rather than a surface covered in aluminum powder. These displays are as close to paper as you can get, today, digitally.

This week I did a LIVE Review of three really interesting "E Ink" tablets on my YouTube. 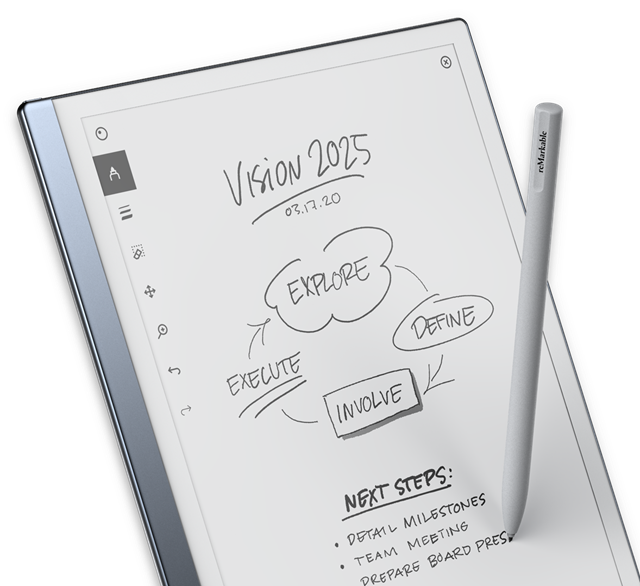 Later this month I'll take a look at Supernote which already has a enthusiastic community and promises to have a rich API for 3rd parties to explore and expand.

E Ink and "E Paper" are becoming more prominent on sites like Kickstarter and IndieGogo. This India-based company called paperd.ink is creating a low power E-paper development board. The rise of inexpensive E-paper/E Ink displays along with ESP32s with WiFi is creating tiny low power computers that blur the user's perception of what a Microcontroller can do.

What are your thoughts and opinions about E Ink? Will your next tablet be an E Ink display?

I often use Amazon Affiliate links and you're helping this blog when you use them, thanks!

Sponsor: Extend your runway and expand your reach. Oracle for Startups delivers enterprise cloud at a startup price tag with free cloud credits to help you reel in the big fish—confidently. Learn more.

Does the remarkable allow for writing on a PDF template? Looking at some PDF planner templates which to replace some paper planners.

Rick
June 14, 2021 20:52
Scott, I find your articles super useful and detailed. On these e-ink devices, are there any options for flipping the UI for lefties? I see most tools have a tool bar on the left, but that’s exactly where I would rest my hand while writing… any option to move those tools to any of the other edges would address the 10% of us who are left handed. I am particularly interested in the reMarkable2, but would be turned off if it didn’t have UI that addresses lefties. Thanks!

Diego
June 14, 2021 22:39
I love the idea behind The Light Phone to create an E Ink phone. There are still a few apps and experiences missing, but I find the E Ink medium forces both the users and the designers to slow down and be very intentional about how a phone ought to be used.

A coworker once told me that the reason Star Wars Episodes 4 thru 6 were so good is because they were so constrained--it forced them to find innovative and creative ways to tell their story.

Brice Lambson
June 15, 2021 15:03
Given your page is popular with software enthusiasts, it's worth mentioning (if you didn't know already) that Onyx have been called out a number of times for violating the GPL by refusing to release or provide their source code. To some people it matters enough that they choose not to use the Boox because of it. Even Amazon provide Kindle/Fire source downloads.

JBK
June 15, 2021 15:04
I bought the Boox Note Air some months ago, and I'm really happy with it. The only major downside is that it is constantly phoning home to China (for legitimate purposes like syncing notes, their book store etc, but also for tracking). However, you can easily root the device and install a firewall onto it, see this blog post for more.

Thomas H
June 15, 2021 15:24
I've thought for a long time that the reMarkable would make an excellent classroom TExtercise book. Imagine a student who could have ALL their work on a single, lightweight, durable, non-distracting, power-sipping device. Pass PDFs to and from the teacher as worksheets for marking... Ideal.

I just wish the company developing it would open source the OS to make it available for other apps to use... I know there's an Arch port for it, but that seems like overkill somehow.

Charles Sanders
June 15, 2021 22:25
Have you taken notes on an iPad using an Apple Pencil? I'm curious how the experience with the reMarkable compares...

Chris
June 16, 2021 3:22
Have been using the Onyx devices for years. They run Android which opens up a lot of opportunities, like terms, office, etc but they also use standard Wacom EMR for pen input, so using an after market pen, like Staedtler or Lang is easy or share with other Wacom devices like a One display. It is a whiteboard, external monitor, my go-to for writing docs AFK, and with the Nova color and Krita even an art sketch pad.

Gerard Braad
June 16, 2021 19:48
In a similar vein, I'm looking forward to Kobo's release of the "Elipsa" on June 24. The hardware looks very much like the Remarkable 2, and Kobo is billing the device as an ebook reader + notepad. I expect it will not be quite as open as the Remarkable or Onyx.

Tim Plas
June 17, 2021 0:13
Absolute necessity to me for any of these devices, is share-ability (like whiteboard) into Teams & other meeting tools.

Tim Plas
June 17, 2021 0:20
I'm excited about these new devices. I LOVE e-ink, but really like full-size page, & hadn't been able to get that w most e-readers. Still have my Kindle DX (9.7"), & like the readability (but navigation controls are kinda klutzy).

Tim Plas
June 17, 2021 13:09
Remarkable 2 is billed as a distraction free note taker. It does not have apps, a web browser or pop-ups. Instead, it focuses on two things really well, freehand drawing and editing PDF files. It has one of the most advanced note taking experiences, and is basically even with the Note Air.