Trying Redis Caching as a Service on Windows Azure

First, if you have already have an MSDN subscription (through your work, whatever) make sure to link your MSDN account and an Azure Account, otherwise you're throwing money away. MSDN subscribers get between US$50 and US$150 a month in free Azure time, plus a 33% discount on VMs and 25% off Reserved Websites.

Next, log into the Azure Preview Portal at https://portal.azure.com.  Then, go New | Redis Cache to make a new instance. The Redis Cache is in preview today and pricing details are here. both 250 meg and 1 GB caches are free until July 1, 2014 so you've got a week to party hard for free.

Of course, if you're a Redis expert, you can (and always could) run your own VM with Redis on it. There's two "Security Hardened" Ubuntu VMs with Redis at the MS Open Tech VMDepot that you could start with.

I put one Redis Cache in Northwest US where my podcast's website is.  The new Azure Portal knows that these two resources are associated with each other because I put them in the same resource group. 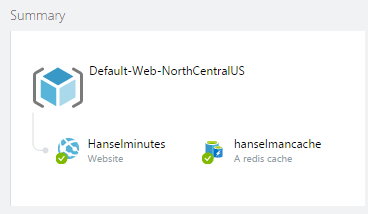 There's Basic and Standard. Similar to Website's "basic vs standard" it comes down to Standard you can count on, it has an SLA and replication setup. Basic doesn't. Both have SSL, are dedicated, and include auth. I'd think of Standard as being "I'm serious about my cache" and Basic is "I'm messing around."

There are multiple caching services (or Cache as a Service) on Azure.

Having Redis available on Azure is nice since my startup MyEcho uses SignalR and SignalR can use Redis as the backplane for scaleout.

Marc Gravell (with a "C") over at StackExchange/StackOverflow has done us all a service with the StackExchange.Redis client for .NET on NuGet. Getting stuff in and out of Redis using .NET is very familiar to anyone who has used a distributed Key Value store before.

In fact, the ASP.NET team announced just last month the ASP.NET Session State Provider for Redis Preview Release that you may have missed. Also on NuGet (as a -preview) this lets you point the Session State of your existing (perhaps legacy) ASP.NET apps to Redis.

After pushing and pulling data out of Redis for a while, you'll notice how nice the new dashboard is. It gives you a great visual sense of what's going on with your cache. You see CPU and Memory Usage, but more importantly Cache Hits and Misses, Gets and Sets, as well as any extraordinary events you need to know about. As a managed service, though, there's no need to sweat the VM (or whatever) that your cache is running on. It's handled. 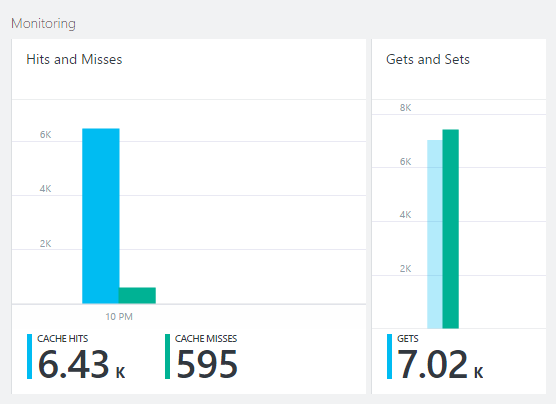 From the Azure Redis site:

It's easy to run a local Redis server with redis-server.exe, test it out in develoment, then change your app's Redis connection string when you deploy to Azure.

Sponsor: Many thanks to our friends at Octopus Deploy for sponsoring the feed this week. Did you know that NuGet.org deploys with Octopus? Using NuGet and powerful conventions, Octopus Deploy makes it easy to automate releases of ASP.NET applications and Windows Services. Say goodbye to remote desktop and start automating today!

Chad
June 25, 2014 8:38
What if I use Azure for my personal projects and my MSDN subscription is provided by my employer?

Just to clarify - that is also available in SE.Redis

Marc Gravell
June 25, 2014 9:27
Nice article. You mention there are currently 3 ways of doing caching in Azure. For an Azure Website what are the advantages of Redis Cache over the exising Managed Cache Service?

Shahrooz jafari
June 25, 2014 11:16
I have just started using Redis on Azure and it is fantastic, very easy to use especially with Marc's great work on StackExchange.Redis. Hopefully it will go GA soon. He also tipped me into the Pub/Sub functionality in Redis which is very easy to use and allows for mega performance using the combination of local and distributed cache.

The only disconcerting thing is that this is the 4th go Azure have had at caching, hopefully they are settled now! The Managed Cache Service seemed to be out of favor (removed from the portal) the day it was released.

Craig
June 25, 2014 13:22
What is the difference between using AppFabric caching vs. Redis caching? Especially as ASP.Net session state providers?

Thiago Custodio
June 25, 2014 16:44
Just like Andrew I'm wondering what the difference is between Redis Cache and the Managed Cache Service.

The redis is persistent (database key-value)? and the Managed Cache Service is completely in memory?

However unlike traditional caches which deal only with key-value pairs, Redis is popular for its highly performant data types. Redis supports running atomic operations on these types, like appending to a string; incrementing the value in a hash; pushing to a list; computing set intersection, union and difference; or getting the member with highest ranking in a sorted set.

Other features include support for transactions, pub/sub, Lua scripting, keys with a limited time-to-live, and configuration settings to make Redis behave more like a traditional cache.

You can read more about Redis at redis.io

We do feel very confident recommending Redis cache as long term bet to customers for it is a proven Cache engine, with a a vibrant open source community around it.

Saurabh
June 25, 2014 21:54
@Dave: Ask your MSDN Licence provider at work, Don't just assume you can't, my work is just rolling out their new MDSN Licencing and they've told us we can use our MSDN sub with Azure on our own person projects.

Michael Crook
June 27, 2014 19:11
When using Azure through your MSDN Subscription it's only for Dev/Test.
-But that can be Your personal fun stuff. MSDN Subscriptions are personal even if they are purchased by your employer.

Morten
July 21, 2014 15:51
Is there any recommendation between sql server 2014 session provider and redis cache for storing session state?

We have having problems with performance and reliability on azure's managed cache for session state and we are looking for an alternative.

Is there is any performance data on managed cache vs redis cache for session state?