Z at Seven Months - A look back 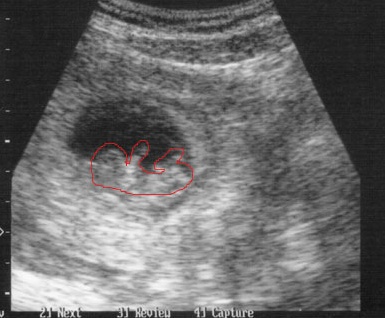 ...in seven and a half months. Madness I say.

This little man is heck on wheels. The first day I met him... ...he was eyes wide open. He spent a few months on and off tummy time... 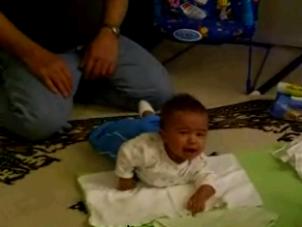 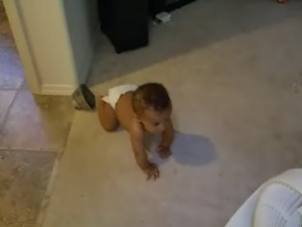 ...but the shock to me was that he was sitting up one Tuesday, crawling that Thursday and now has taken to standing on things. We found him trying to climb out of his crib. Mo caught him trying to eat the toilet plunger (Full story on Mo's Blog). He really wants to walk, but just doesn't know how. So, standing will do for now. He's a joy each day and I'm blessed beyond comprehension to know this guy.

And now back to the technology...

A wise friend once said "Your kids will never come to you when they are adults and say "Dad, thanks for all that time you spent at the office making money. I really appreciate it"".

Eric D. Burdo
July 19, 2006 17:29
"Nothings better in this world than the look of recognition your baby gets on his face when you come home from work and he gets that look that says 'Hey! It's that guy again, he's back! Woohoo! He's hilarious!'"

Wait until you get the running "Daddy! Daddy! Daddy!" with arms wide open ready for that hug. That's my favorite!

Enjoy every moment, Scott, they go by faster than you can imagine.

I agree with Coleman. My 2-1/2 year old daughter is in that stage now and it's awesome to come home to!

tod hilton
July 19, 2006 20:15
The coolest part about kids is that they keep getting more fun as they get older. The next seven months will be even better than the first.

Fortunately, my 23-1/2 month old, Kiera, is *almost* out of diapers. Here's how I did it (free of charge:)
0: purchase baby potty and introduce it as throne.
1: shortly after Z drinks a full cup of liquid, run him to potty while removing diaper (make it fun).
2: submerge hand in warm cup of water (ahhhh, relaxation)
3: reward successful effort with special treat (Kiera got ice cream) and dancing/bouncing/laughing clapping (make it an event).
4: after a few successes (over 2-3 weeks in my case), replace special treat with healthy treat. Whenever Kiera goes now, I give her a little smiley face sticker which she gets to place on the inside of her toilet seat, like an Ohio State linebacker's helmet. She doesn't miss the ice cream.

Oh, and avoid allowing Z to use the big toilet. One little girl Kiera knows was allowed to (insisted on it, actually) and the first time she pooped: BACKSPLASH. Now, she's afraid to go potty, won't wear a diaper, and is constipated all the time. Bad doodoo.

Korby Parnell
July 20, 2006 1:04
Congrats, Scott. Z seems to be always smiling in his pictures! Even though he can't speak intelligibly yet, that says a lot!

Chris Jackson
July 20, 2006 4:35
Congrats, Scott... Z looks like a happy kid. We have two young girls and I'd add the following to the list of 7 month observations (inspired by the water/laws of physics item):

Things that WE think were funny just the first few times will ALWAYS funny to a child under 1 yr old. Need proof? Get the "I'll drop this out of my high chair and Dad will pick it up" game going. Then try to stop the game. Good luck.

Jeff
July 21, 2006 4:47
Water and the laws of physics in general may not be consistent, so we'll need to test them over and over and over again. Will the spoon fall this time? Wow, it did. I wonder now?

My boys are 17 months, and they STILL do this. :) very cute little boy. Enjoy every minute of it. I remember when I used to say I can't wait til they can crawl so they can come to me, when they did, I missed the cuddle time. Now as they run circles around me and scream at each other playing chasey, I just smile. They grow up SO fast.