A busy day indeed...let's start with the burning flesh... 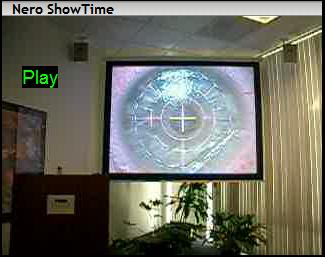 This was an eventful day indeed.  Yesterday I had worn glasses for over 23 years and had vision of -9.25 diopters (roughtly 20/1600 for me).  Basically I couldn't see there was an big "E" on the eye chart until I was about 9 inches from it.  So, after 10 years of research and 5 years of waiting for the right kinds of technology I had LASIK on both eyes over lunch yesterday.

Pretty damned good.  I'm at LEAST 20/25 in both eyes only 19 hours later.  They measured me as ~20/25 this morning.  I think I'm 20/20 in the right eye and 20/25 in the left, but there's still healing to be had.  I was zapped in Oregon by Dr. Teplick who is just about the coolest guy ever.  Seriously, I did a crapload of research into this (considering I'm diabetic, and diabetics have eye problems) and I didn't want to screw around with any beginners.  As far as I'm concerned, he's the only guy to talk to.  If you are thinking about it, check them out and tell them I sent you.

Right now I'm writing this without my glasses, which is a miracle.  I figure I'll be 90% by the end of the week and 100% in a month.  But, considering it was done yesterday over lunch and I worked a full day today is pretty cool.

As a computer-type, I have to comment on a few technical things that were interesting to me.

The WaveFront LASIK Eye mapper takes a topographical map of the eye (3-D) to deal with things like astigmatism and odd curvetures and such better than previous technologies.  I had 3 of these by two different doctors, both at Teplick and at my own Eye Doctor's.  Interestingly enough, while it looked like a clever and impressive piece of hardware, something about the title bars smacked wrong with me.  I looked closer (and dinked with it when noone was looking) and dammit if the thing wasn't running Windows 98.  Good thing Microsoft extended support past the time I had my surgery! ;)  A closer look at some other machines by my [also Lasik'ed] boss, Chris Brooks, showed that it was running OS/2.  Seems to me there's some work and sales to be made in the Windows XP Embedded space, no?

You know what Lasik's dirty little secret is?  While the operation doesn't hurt at all (eye drops dull the pain) about 3 hours after the operation is hurts like a bastard.  Someone described it as like hot sand poured in your eyes.  I wouldn't disagree.  It was a migraine, a stick in your eye and a sinus headache all at the same time.  Now, mind you I'm not a fan of drugs, so to their credit they DID give me a prescription for Percocet.  I wanted to avoid using any narcotics if possible.  Long story short, it's not possible. :)

Comment on this post [7]
Share on Twitter or Facebook or use the Permalink
February 13, 2004 13:40
Woohoo, good on you for taking the plunge!
I had it done 9 years ago.. can't even remember what type of laser technology it was then.
I also did a lot of research... funnily enough, my optometrist was dead against the idea ("at least wait until you can see what happens to patients in a few years").. but I think he was a bit biased since I'd no longer be buying glasses from him!

I think at the time Windows 98 was a pipe dream.. Windows 95 was still a cool new thing (anyone remember the coolness of being a Chicago beta tester?!) I shudder to think if they were running the machines with WFW311....!!

Still very happy with the decision to do it!

I was doing some research into this a couple of years back, but was not satisfied with what I heard. Now seems to be a good time to get LASIK done.

From whatever I had researched, night vision becomes blurry and you might need glasses for driving.

(Hey, now you can start using micro fonts in all your presentations. ;) )

bliz
February 16, 2004 16:46
I experienced the same post-op pain you had. It felt like my eyes were on fire. At least they told me that it's not a pain-free procedure for everyone. It was worth it, though.

Jason Bock
May 12, 2005 23:46
I recently used mambo to set up my personel rochesterlasik blog. I am very happy and wanted to show it off. amoung Rochester doctors i am the only one with a lasik blog.

I am a rochester lasik surgeon and did this lasik blog on my own!

allan robbins md
January 26, 2006 1:43
Thanks for this great post. You've got some really good info in your blog. If you get a chance, you can check out my blog on eye lasik at http://www.eyelasik4less.com.

Mary Anne Martin
February 05, 2006 16:01
This blog posting is great. Your views are very true. Everyone should start thinking as you are doing.