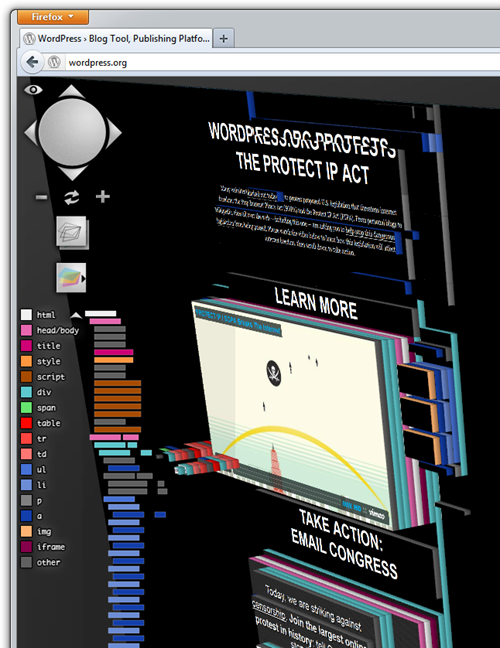 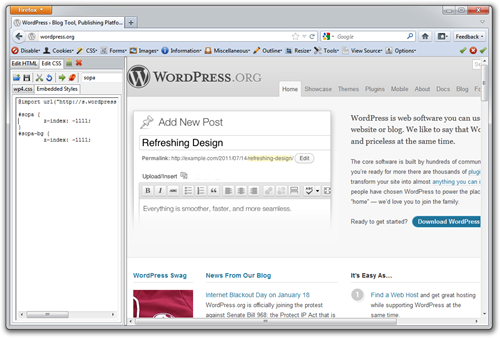 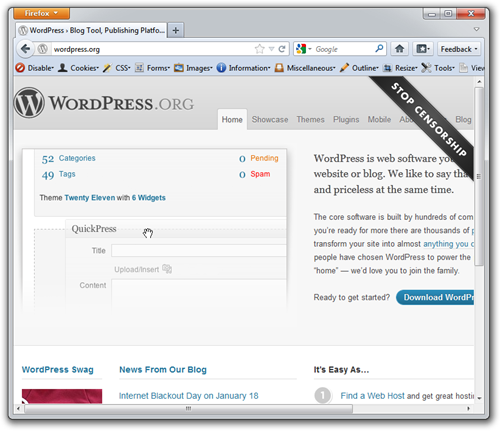 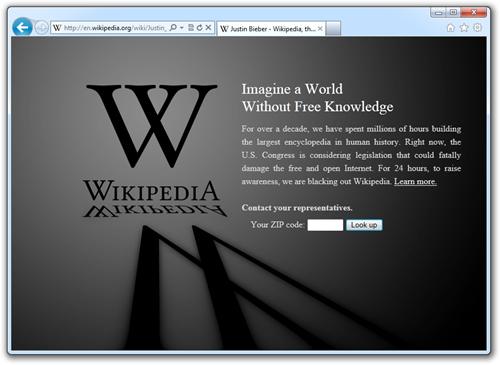 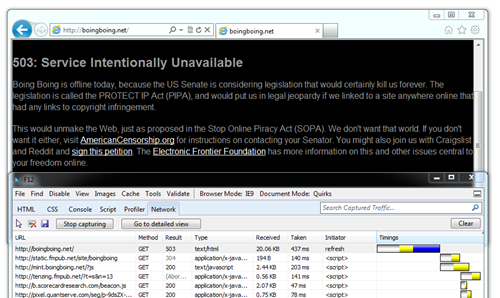 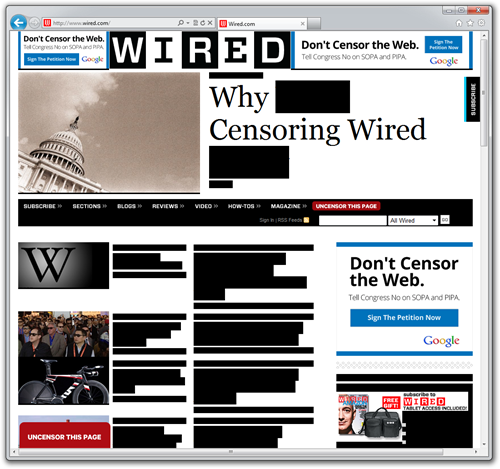 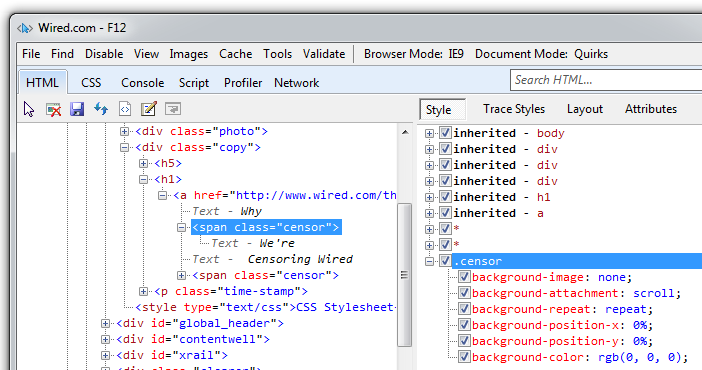 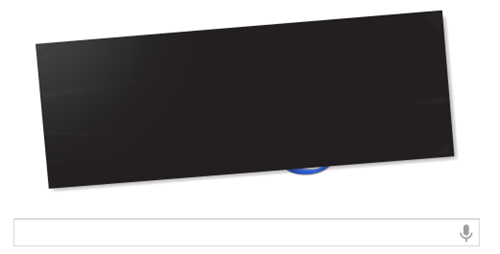 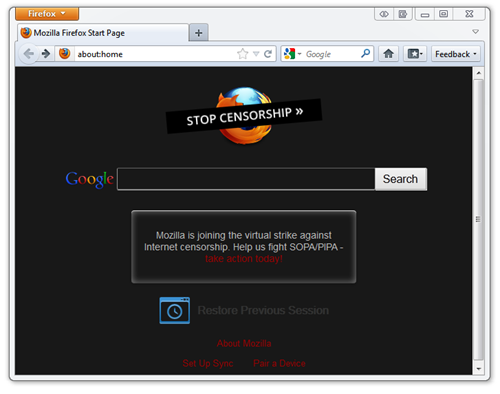 Aaron
January 19, 2012 2:24
Excellent article, Scott. Thank you for not only providing something for developers, but also shining some light on the SOPA issues. Let's hope for the best.

Trey White
January 19, 2012 2:27
I would have loved to see Google/Bing selectively implement the wired approach on search results.

Eduardo A. Flores Verduzco
January 19, 2012 2:57
the daily wtf did something VERY different: http://thedailywtf.com/

Ronnie Overby
January 19, 2012 3:01
The thedailywtf comes out in support of SOPA by suggesting we ban http, html and javascript ;) on a modal div that doesn't allow any interaction with the site, unless you click on the ip address link. Goes great with their normal theme of WTFs

Fredrik Mörk
January 19, 2012 3:22
Thank you for the summary on different techniques Scott.

Philip Saad
January 19, 2012 4:03
Scott, an interesting article. Thanks.
What tool/plugin did you use for the 3d view of WordPress css?

Harvey
January 19, 2012 4:23
With NotScript on Chrome (apparently I'm one of the six neckbeards that doesn't like reinstalling Windows), many of the sites still worked fine with no notice that they are even protesting. But, if you have Javascript off, chances are you already know about SOPA/PIPA.

PRMan
January 19, 2012 4:26
I like the 503 technique. I believe the techniques imposed by sites like wired and theoatmeal are far too sensationalized. Neither of the "techniques" portrayed have anything to do with the actual legislation. theoatmeal's portrayal is an outright lie. The less technical internet surfers are not getting an accurate view of what the legislation says or what the internet would actually look like post-SOPA.

bradleylandis
January 19, 2012 11:53
Also check out this video that explains really well why it's important to protest, what effect it has on US citizens, but also world wide and the entire internet.

Dennis van der Stelt
January 19, 2012 12:22
The wikipedia method presumably made it easier for them to serve the pages on censorship and SOPA/PIPA without the blackout, but I preferred the integrity of BoingBoing's approach.

Wolfgang
January 19, 2012 14:05
The http://lostechies.com/ one already mentioned above is very effective on a mobile browser.

Matthew Zamora
January 19, 2012 20:36
have you noticed that google was mainly serving anti-sopa ads via adsense?

January 20, 2012 0:37
The WIRED censorship looks the most clever. But, as PRMan noted, it is a bad SEO practice. I think that visual presentation plus the HTTP 503 response might be okay though. Right?

Zack Peterson
January 20, 2012 0:44
I really don't think that the SEO will be affected. It's a nice clear span and you're assuming that the bots are smart enough to crawl and apply all the CSS rules.