Classic Path.DirectorySeparatorChar gotchas when moving from .NET Core on Windows to Linux 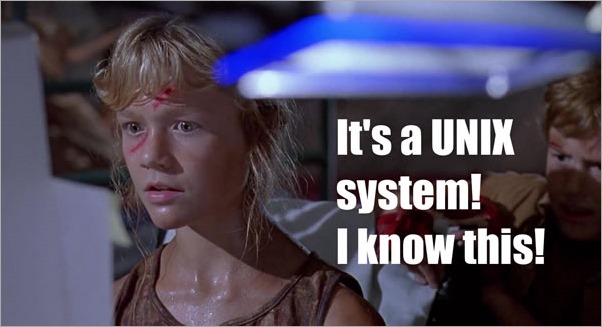 An important step in moving my blog to Azure was to consider getting this .NET app, now a .NET Core app, to run on Linux AND Windows. Being able to run on Linux and Windows would give me and others a wider choice of hosting, allow hosting in Linux Containers, and for me, save me money as Linux Hosting tends to be cheaper, even on Azure.

Getting something to compile on Linux is not the same as getting it to run, of course.

Additionally, something might run well in one context and not other. My partner Mark (poppastring) on this project has been running this code on .NET for a while, albeit on Windows. Additionally he runs on IIS in /blog as a subapplication. I run on Linux on Azure, and while I'm also on /blog, my site is behind Azure Front Door as a reverse proxy which handles the domain/blog/path and forwards along domain/path to the app.

Long story short, it's worked on both his blog and mine, until I tried to post a new blog post.

I use Open Live Writer (open sourced version of Windows Live Writer) to make a MetaWebLog API call to my blog. There's multiple calls to upload the binaries (PNGs) and a path is returned.  A newly uploaded binary might have a path like https://hanselman.com/blog/content/binary/something.png. The file on disk (from the server's perspective) might be d:\whatever\site\wwwroot\content\binary\something.png.

This is 15 year old ASP.NET 1, so there's some idiomatic stuff going on here that isn't modern, plus the vars have been added for watch window debugging, but do you see the potential issue?

That '\\' is making a big assumption. A reasonable one in 2003, but a big one today. It's trimming a backslash off the start of the passed in string. Then the Uri constructor starts coming things and we're mixing and matching \ and / and we end up with truncated URLs that don't resolve.

Assumptions about path separators are a top issue when moving .NET code to Linux or Mac, and it's often buried deep in utiltiy methods like this.

It's also worth noting that each OS has different invalid path chars. I have some 404'ed images because some of my files have leading spaces on Linux but underscores on Windows. More on that )(and other obscure but fun bugs/behaviors) in future posts.

Here's some articles I've already written on the subject of legacy migrations to the cloud.

If you find any issues with this blog like

Please file them here https://github.com/shanselman/hanselman.com-bugs and let me know!

Paulo Morgado
October 18, 2020 6:30
Hi Scott, thanks for the nice post.
Small remark: your first hyperlink AltDirectorySeparatorChar does not point to the correct URL

Windows has quite a long list of invalid characters. Linux has only two if I remember correctly

I encountered this problem when moving microservice to linux containers, and still having storage o Windows.

Piotr Pasieka
October 22, 2020 11:11
Setting paths properly, to work on both Unix and Windows was always a challenge. But in .NET Core it got bit easier than in .NET.