How to use an Xbox One controller on your Windows PC 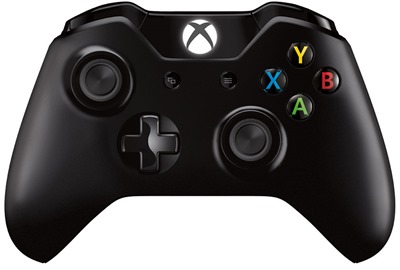 The Xbox One controller is fantastic. Even if you don't have an Xbox One, the controller now works on a Windows PC with a standard micro-USB cable. Any Steam and Windows game that supports standard XInput works great. I've played Tomb Raider and Bioshock Infinite and both worked wonderfully. Everything works smoothly and even vibration feedback is supported.

I've previously used the Xbox 360 Controller's "Wireless Receiver Adapter" for Windows to pair XBox 360 controllers. It also works great, but I frankly prefer a plug-in and remove model, rather than having another adapter.

Until then, you'll want to install one these drivers depending on your machine:

Once these drivers are installed, plugin the Xbox One Controller to any USB port. There's a micro-USB port on the top of the Xbox One so you can use a regular USB cable. I used the one from my Kindle because it's very long.

The controller shows up as a Gamepad in Windows and works with any game that supports a standard joystick. Here's  a screenshot from my PC: 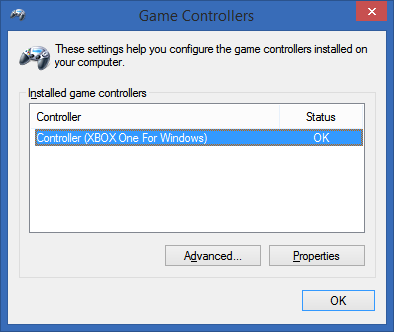 Here's an animated gif of me moving the controller and seeing the result in the Properties Dialog. You can see it's got all 10 buttons, 3 axes and the POV hat.

If you've got a Xbox One controller, you should grab a micro-USB cable and get this set up today. If you're considering a new PC controller, I recommend this controller even if you don't have an Xbox One.

Sponsor: A big welcome to my friends at Octopus Deploy. They are sponsoring the blog feed this week. Using NuGet and powerful conventions, Octopus Deploy makes it easy to automate releases of ASP.NET applications and Windows Services. Say goodbye to remote desktop and start automating today!

Julian
June 09, 2014 19:10
Yeah it is pretty neat. Just a week ago I got me one for my iMac mainly because nowadays you can use it to play browser games too! Me and my brother are working on one such game and I implemented rudimentary interaction, it is so much fun! For now it only works in Firefox but I will fix it so it will work in Chrome too, and I read that controller support is even comming to the Internet Explorer soon! This will be epic :)

That would be 10 extra lines of code on the PC port, so we can't be bothered with that.

Scott Hanselman
June 09, 2014 22:50
Does anyone know why these drivers have a shady WiX installer and are hosted on Major Nelson's blog instead of microsoft.com/downloads?

@Scott, any sign of a wireless adapter for the new controller? I still swear by my 360 controller, even after getting rid of my XBox.

Adam Baxter
June 10, 2014 7:49
One of the main reason for playing in PC I thought is the fast mouse movements (for point & shoot) & extra short-cut keys in keyboard (for games like Battlefield). Doesn't it sort of defeats the purpose?

Mani
June 10, 2014 11:23
Woohoo, I popped my Xbox One controller to my Surface RT, Hello new frontier of mobile gaming! And straight blam! Not working. Good thing Microsoft guys are eating own dogfood because I feel like eating dirt.

The dpad is registered as a POV hat - This means that a lot of games that expect to see up,down,left,right - don't work and you have to use something like xpadder mapping to the cursor keys. This annoyed me so much I sent back an Xbox 360 gamepad and now use a PS/2 controller with a cheap adapter.

Joe
June 10, 2014 21:53
Just to add to my comment above - The Playstation controller I have has a button to enable/disable analog - This switches between the dpad for up,down,left,right and the analog control ajacent to it.

Jonathan - I DO prefer to play FPS with a controller.

Luke Robbins
June 11, 2014 18:23
I'm with you on the preferring controllers for FPS over a mouse and keyboard. My general rule of thumb is that if I plan to play multiplayer I get it on Xbox 360/Xbox One. If I plan just single player, I get it on PC.

On a side note, I'd really love it if Games for Windows Live was brought back, and they had cross platform play with Xbox. I don't care that mouse/keyboard has an advantage.

I bought two Xbox one controllers after I've heard that an official driver has been published.

I was wondering if I can use the Xbox 360 wireless adapter, with these Xbox one controllers.

Tim
June 29, 2014 2:52
hey i have installed it and have it in my devices but it wont work with my steam games iv tried left 4 dead 2 and portal 2 and nothing happens