I suck at vacation - What I did this week

Well, it seems I'm lousy at vacation. I'm still learning what I'm supposed to do. My wife is working and the kids are still in school so here was my week.

I treated myself to an HTC Vive Room-Scale VR system. I'll blog extensively about this later but let me just tell you. It's AMAZING. I've used Google Cardboard, I've used Gear VR, I've used Oculus. Vive is it. Full Room-scale VR with something like the Doom 3 VR Mode is amazing. This fellow has a version of Doom 3 coded up at GitHub that modifies your existing purchased version and adds a REALLY compelling VR experience. I will say spent less time fighting demons and more time looking closely at wall textures. I admit it.

There's a joke about folks who have 3D Printers. We just end up printing brackets to hold stuff.  Well, I got a Vive so I wanted a nice way to mount it. Problem solved.

I dig #3Dprinting because you can make EXACTLY the brackets you need in a few hours!

3D Printed a Rifle Stock for the Vive

There's a popular VR game called Onward. It's basically a Call of Duty-type squad shooter with a focus on squad teamwork and realism. However, holding two VR controllers up to your cheek and pretending they are a rifle doesn't really work. Fortunately an intrepid maker named SGU7 made a prototype you can 3D Print.

I made one first in Yellow but it broken because it lacked enough infill. I made it again in black (because I had a lot of black. I wish it looked less aggressive, though) and it works great. Note that the part in my hand is a controller and the other controller is attached to the front. The front one can pop off and act as your left hand to reload and throw grenades.

It was a challenging print with five large pieces and two small along with screws and nuts to hold it together. However, it was super fun and it makes the game WAY more realistic. More on this later. I've also been experimenting with some new exotic filaments. 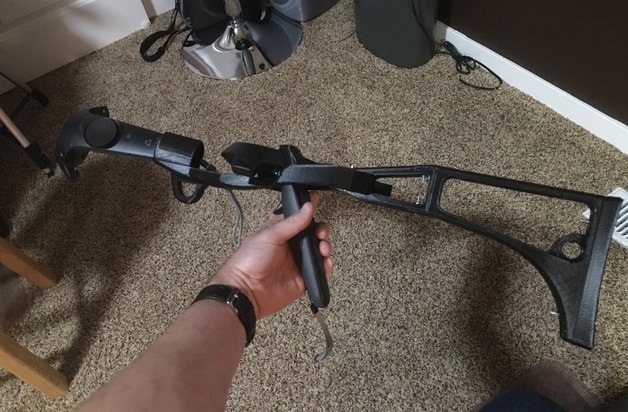 My teenage nephew and I worked on a Cupcade a few months ago but it was his. I 3d printed and made a PiGrrl (Raspberry Pi GameBoy) last year, so I figured I'd make a Cupcade (Raspberry Pi tiny Multi-Arcade Machine Emulator) as well. It's also somewhat challenging but I never really had the time until vacation. You can get the plans and source many of the parts locally, or you can get a complete kit from Adafruit. I did the partial kit for cheaper without the plastic case, then had a local makerspace lasercut a $5 piece of clear acrylic.

Made a second @adafruit Cupcade with a @Raspberry_Pi tonight. #vacation pic.twitter.com/GIVw0u706L

I got a few Amazon Alexa "Echo Dot" devices, so now we have three around the house. I upgraded my Nightscout Site (this is the Azure-based system that that allows remote management and viewing of my blood sugar as a Type 1 Diabetic.

The most recent update of Nightscout added Alexa support. I headed over to https://developer.amazon.com and made a dev account and got it all working. It's pretty slick. I can ask it all kinds of things (as can my kids. They love to know about how I'm doing when I'm out of town.) 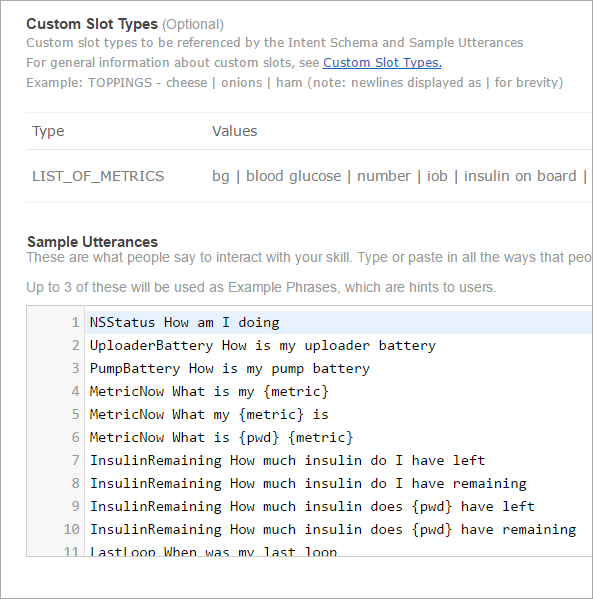 Here's a video of it working!

Basically I've been just making stuff and fixing stuff around the house. I even sat in a café and read the news. Madness.

I wonder if I could do this full time? I guess that's called retirement. ;)

Dale
December 01, 2016 12:48
I wish MS did something similar to Echo. Now it's too late. Little fun things like Echo matter and are cool, instead of the crazy hololens which costs thousands of $. But I guess MS doesn't mess around with little toys.

Andrew
December 01, 2016 13:57
Scott, this is my understanding of how vacation works. I hope it helps you out.
I'm a hyperactive person which often faced a similar problem such as yours until someone explained to me a couple of things. Don't know how correct the explanation is but they seem to match with real life.

It takes the body 2-3 days to start slowing down. The reverse happens when it needs to speed up.
If you go on long vacation, then there is enough time to enjoy the downtime that is said is very necessary on yearly basis. A short vacation, e.g. 1 week, doesn't provide enough time to gracefully slow down and speed up. You can consider those days as a waste of time but necessary for your body rhythm to enter a proper resting phase. He had also mentioned that in the past many countries had enforced work legislation to enforce long vacation to make sure people rested and escaped adequately.

When I thought about this, I accepted my fate for the first days. I make sure I take at least 2 weeks vacation and I try not to do anything relative to my profession. This is easier when you move out of your house to be honest. When you enter the slowed down period, its amazing how quickly time flies especially when you consider how little I did in the meanwhile.
Was it interesting? No.
Do I enjoy it? Yes. Can't define how but it feels very good.

Alex Sarafian
December 01, 2016 16:06
Well, you're not the only one.
And vacation doesn't necessarily mean to just sit and do nothing.
It's about relaxation. And working on pet project is relaxing for many people.

Daniel
December 01, 2016 17:43
I have the opposite problem. I plan to do 10 different experimental things when I have time off and ultimately end up busy with chores for half the time and spend the other half resting or playing computer games.

Pedro
December 02, 2016 14:48
Sounds like a great week to me, looking forward to my vacation in a couple of weeks to play around building things as well.

Fabio Maulo
December 02, 2016 15:26
This sounds like an ideal week off to me! I've got a mountain of projects I would like to do if only I had a week off without having to worry about the kids or the wife (with in acceptable paramaters of course). 3D printing is a bit of a dirty word in our house, I'm the only one who doesn't hate the sound!

Chris
December 02, 2016 19:52
Sounds like a great vacation! I have a list of 3D things I am working on and would love a week off to finish them up! Even during vacation, you are obviously still very efficient with the use of your time. Even after listening/seeing many of your talks I am still very impressed with how much you accomplish. Very inspirational!

Joe Suchy
December 02, 2016 23:19
I spend my vacations procrastinating on things I want to accomplish on my vacation.

John A Davis
December 05, 2016 21:58
Hi Scott, I've seen your articles today and I'm loving everyone. I'm commenting on this article but it's true for everyone else that I read and learned a lot of good things. Thanks for sharing and a good vacation!

Naia
December 13, 2016 1:11
Spending the holidays next to the family in a quiet place, this is priceless. Away from the madness of a big city. As soon as I spend my vacation! A hug Scott

Juan
December 23, 2016 13:13
Showbox movies online — movies and TV shows for the whole family you can watch on your Android smartphone, and even better on tablets!