I've been a Type 1 diabetic for over 25 years. Diabetes sucks. They actually give you an award for staying alive for years on insulin. Diabetics don't usually die of old age, they die of heart disease or stroke, kidney failure, and while they're at it they may go blind, get nerve damage, amputation, and a bunch of other stuff. It used to be a death sentence but when insulin was introduced as a treatment in 1921, there was a chance for something new.

The idea is if you keep your blood sugars close to normal - if you can simulate your non-working pancreas - you'll get hit by an ice cream truck! At least, that's how I hope I go. :)

Today, we are closing the loop. What's the loop? It's this:

I do that. Manually. Every diabetic does, and the mental pressure - the intense background psychic weight of it all - is overwhelming. We want to lower the cognitive load of diabetes. This is a disease where you may not live as long if you're not good at math. Literally. That's unfair.

The community is "looping" by allowing an algorithm to make some of those decisions for me.

I've personally been looping with an open source artificial pancreas for over two years. It's night and day from where I started with finger sticks and a half dozen needle sticks a day. It's not perfect, it's not automatic, but Open Source Pancreas are "Tesla autopilot for diabetes." It doesn't always park the car right or stop at every stop light, but it works very hard to keep me in-between the lines and going straight ahead and now that I have it, I can't imagine living without it.

I sleep through the night while my Loop makes tiny adjustments every five minutes to keep my sugars as flat as possible. I don't know about you but my pancreas sits on my nightstand.

It's happening and it can't be stopped It's 2019 and things are really looking up. The open source DIY diabetes community is thriving. There are SEVERAL open pancreas systems to choose from and there's constant innovation happening with OpenAPS and Loop/LoopKit.

The first bad part is I am running a 15 year old out of warranty cracked insulin pump I bought on Craigslist. Most new pumps are locked down, and my old pump is the last version that supported remote control. However, the Loop open source project announced support for a second pump this week, the OmniPod Eros. This is the first time an "in warranty" pump has been supported and it also proves the larger point made by the diabetes community. We Are Not Waiting. We want open choice and open data and open choices that put us in control.

Read about the history of Loop by original developer Nate Racklyeft. As he points out, a thing like Loop or OpenAPS is the result of a thousand little steps and innovation by countless community members who are so generous with their time.

The first system to run it was a Raspberry Pi; the code was a series of plugins, written with the help of Chris Hannemann, to the openaps toolkit developed by Ben West in collaboration with Dana Lewis and Scott Leibrand. I’m still in awe of the elegant premise in Ben’s design: a system of repeatable, recordable, and extendable transform commands, all backed by Git. The central plugin of the toolkit is decocare: Ben’s 5-year magnum opus, a reverse-engineered protocol of the Minimed Carelink USB radio to command insulin pumps.

There's an amazing write up by Pete Schwamb, one of the core members of the community who works on Loop full time now,  on how Software Defined Radios have allowed the community to "sniff" the communication protocols of insulin pumps in the RF spectrum and reverse engineer the communications for the Medtronic and now Omnipod Eros Insulin Pumps. It's a fascinating read that really illustrates how you just need the right people and a good cause and you can do anything.

You can watch my video presentation "Solving Diabetes with an Open Source Artificial Pancreas" where I offer an overview of the problem, a number solutions offered over the year, and two open source pancreas options in the form of LoopKit and OpenAPS.

The community members and organizations like Tidepool and the Nightscout Foundation are working with the FDA to take projects and concepts like an open source pancreas system from a threat based on years of frustration to a bright future based on mutual collaboration! 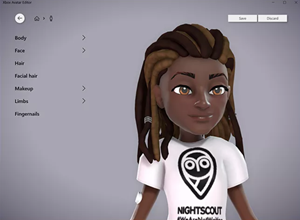 What does this mean? It means the FDA is willing to classify continuous glucose meters in a formal way that paves a path towards interoperable devices. Today we hack devices to build these Loops with out-of-warranty pumps. We are doing this utterly on our own. It can take months to collect the equipment needed, get ancient pumps on the gray market, compile the software yourself - which is a huge hurdle for the non-technical.

Imagine a future where someone could buy a supported and in-warranty "iPump," download an officially supported app or package, and start looping! We could have world of open and interoperable devices and swappable algorithms.

In October of 2018 the non-profit Tidepool organization announced its intent to deliver the Loop app as a supported and FDA-regulated mobile app in the Apple App Store! This is happening, people but we are just getting started.

Also, if you're diabetic, consider buying a Nightscout Xbox Avatar accessory so you can see yourself represented while you game!

I appreciate your detailed article and continuous efforts to, well, keep diabetics alive. It runs in my family. I don't have it yet but my dad does. Your article has given me hope to try something to create a monitoring solution for him. We in Pakistan are still on the needle model. I'm not sure if I can find a hackable pump here but I surely have the motivation to try now.

Talha Naveed
April 25, 2019 10:49
Nice to see some genuinely useful, real-world examples of how technology is making a real difference to the lives of people.
Keep up the good work, Scott.

AndroidAPS is probably the most widely used solution across Europe due to the availability of use with Roche and Sooil pumps, meaning that users can access an in-warranty, new pump and continue to loop.

Further details are available at https://androidaps.readthedocs.io/en/latest/EN/index.html and at the beginning of March there were over 1500 AAPS devices active daily in closed loop use.

Tim Street
April 25, 2019 12:19
Thank you for the write up. I absolutely agree "It cannot be stopped". Your my number 2 favorite Microsoft Employee. (Sorry Ali Mazaheri Gets #1) Be well.

btw, our next #DData gathering is happening in San Francisco on June 7, in case you want to attend. Or we could plan to bring you out for our Innovation Days in Fall, happening Nov.7-3, when all the latest Looping tech (DIY and industry) will be presented.

Amy Tenderich
April 25, 2019 22:52
Hey Scott - do you have any idea how OpenAPS compares with Tandem’s upcoming Control-IQ?

Giorgio Galante
April 26, 2019 5:41
I don't have it yet but my dad does. Your article has given me hope to try something to create a monitoring solution for him. We in Pakistan are still on the needle model.

Time4Buying
April 26, 2019 5:50
I remember, back in the late 90s when my then girlfriend had diabetes. Even then, I could not fathom why it was not possible to create an automated loop for monitoring and delivering insulin using a pump.

I remember having discussions with medical doctors on various (sparse) forums back then asking why no one was willing to create such a device with continuos monitoring and delivery of insulin. Back then, the answer was really that no one wanted to do so because they were making too much money on the current state of affairs.

It is pleasing to see that the current situation has improved somewhat, but it also seems as if the medical companies and/or regulators are still trying to impede advancements within this area.

However, good work to everyone involved in this and for making progress where others aren't.

Tom Reiertsen
April 26, 2019 6:20
Great article Scott, would you consider adding AndroidAPS into the looping options section? Last I heard there were over 1500 daily users and it's growing quickly because of the three in-warranty pumps it works with: DanaRS, Accu-chek Combo and Accu-chek Insight. Here's a link to the documentation: https://androidaps.readthedocs.io/en/latest/EN/index.html
Thanks, Kev.
(BTW slight typo, it's Howard Look, although I think a surname of Loop would be much better 😀)

Kev Winchcombe
April 29, 2019 15:51
Giorgio, I did a brief review and comparison of Control IQ and how it compares to DIY solutions here.

Tim Street
April 30, 2019 2:09
The Atlantic just published an article:
"People Are Clamoring to Buy Old Insulin Pumps
How an obsolete medical device with a security flaw became a must-have for some patients with type 1 diabetes"