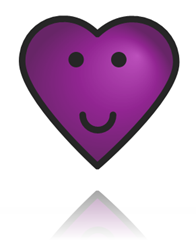 The scheduling tool is a little wonky, but if you want to add my talk to your sessions, you can go to https://sessions.microsoftpdc.com/public/sessions.aspx, sign in, search for "hanselman" then click "Add to My Sessions" in the lower right corner.

Here's the title and abstract:

Join Scott Hanselman for this lots-of-code-minimal slides talk that walks through the sheer joy of building out a .NET Framework application with Visual Studio using many of the new advances in the .NET Framework 3.5SP1 and 4.0. We have a data layer with Entity Framework, use REST web services with WCF and ADO.NET Data Services, write an ASP.NET site for reporting using Dynamic Data and MVC. All the data will come from a WPF client application and a Silverlight application that the audience will run live! All this, plus it's an application that babies and toddlers will love!

The back story here is in July, Dan Fernandez and Brian Keller, who are both Pure Evil© had the idea to send folks who watch "This Week on C9" to my BabySmash Feedback page and vote up a phony feature, asking for "Massively Multiplayer Online BabySmash so Babies can Smash together."

Of course, I'm an idiot, and I didn't know ANY of this. I thought that people (insane people) really wanted this feature. Later, on another show, I came on This Week on Channel9 and learned of their evil (27:25-30:05). They TOTALLY got me.

Then I started thinking about PDC and figured, why not? Why not add some networked ideas to BabySmash to showcase the .NET Framework.

My talk at PDC will show a bunch of 3.5 SP1 features in BabySmash! like WPF, plus I've added ADO.NET Data Services, Entity Framework, ASP.NET MVC, Charts and Graphs, Silverlight, Virtual Earth, AJAX, and jQuery. I'll also show a Silverlight version of BabySmash that talks to the same server-side endpoints, and we'll all (the audience) run BabySmash Silverlight on our laptops during the talk (better than just checking your email, which is what you usually do in talks) and see if we can't crush my server live. Then I'll talk about new .NET 4.0 features that I could use to take the whole solution to the next level.

I'm hoping it'll be a fun way for us to see what is in 3.5SP1 and how to use it as well as what's coming in .NET 4.0 and how it could improve out application. It's definitely not a Northwind Demo.

I hope I see you there.

Comment on this post [10]
Share on Twitter or Facebook or use the Permalink
October 09, 2008 20:25
Nice... any idea when the session times/dates are going to be made public? I've added a bunch of stuff to my session list, it would be neat to have some idea how that's going to play out into the schedule over the week. Assuming your talk doesn't conflict with anything else I'll hopefully be in your audience.

Aaron
October 09, 2008 21:09
*This* is what demonstrations of new technology should be about. Interesting, unique and memorable. Nice work. I hope more of MS takes a cue from this one.

Justice~!
October 09, 2008 21:09
Are you speaking at Dev Connections this year? I enjoyed your talks there last year.

rayray2030
October 10, 2008 17:33
How do you work around issues with not locking down the machine in the Silverlight version of BabySmash?

jescobedotnet
October 14, 2008 11:40
I'm so looking forward to this! Hopefully you'll be coming to Oslo again next year too!