The Peachpie PHP compiler project joined the .NET Foundation this week and I'm trying to get my head around it. PHP in .NET? PHP on .NET? Under .NET? What compiles to what? Why would I want this? How does it work? Does it feel awesome or does it feel gross?

Just drink this in.

Just like that. Starting from a .NET SDK (They say 1.1, although I used a 2.0 preview) you just add their templates

Then dotnet new now shows a bunch of php options.

NOTE: I did have to comment out his one line "<Import Project="$(CSharpDesignTimeTargetsPath)" />" in their project file that doesn't work at the command line. It's some hack they did to make things work in Visual Studio but I'm using VS Code. I'm sure it's an alpha-point-in-time thing. 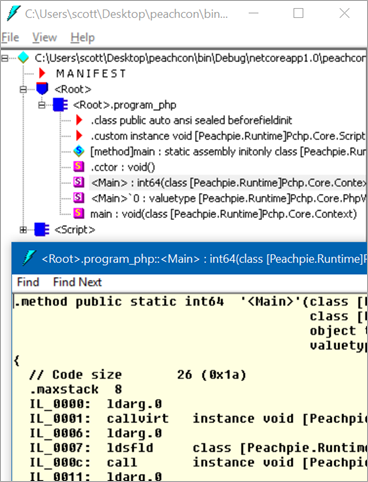 You can see my string here:

But...why? Here's what they say, and much of it makes sense to me.

PHP does have other VMs/Runtimes that are used (beyond just PHP.exe) but the idea that I could reuse code between PHP and C# is attractive, not to mention the "PHP as dependency" part. Imagine if I have an existing .NET shop or project and now I want to integrate something like WordPress?

Their Web Sample is even MORE interesting, as they've implemented PHP as ASP.NET Middleware. Check this out. See where they pass in the PHP app as an assembly they compiled?

Interesting, but it's still Hello World. Let's run WordPress under PeachPie (and hence, under .NET). I'll run MySQL in a local Docker container for simplicity:

I downloaded WordPress from here (note they have the "app" bootstrapper" that hosts .NET and then runs WordPress) restore and run. 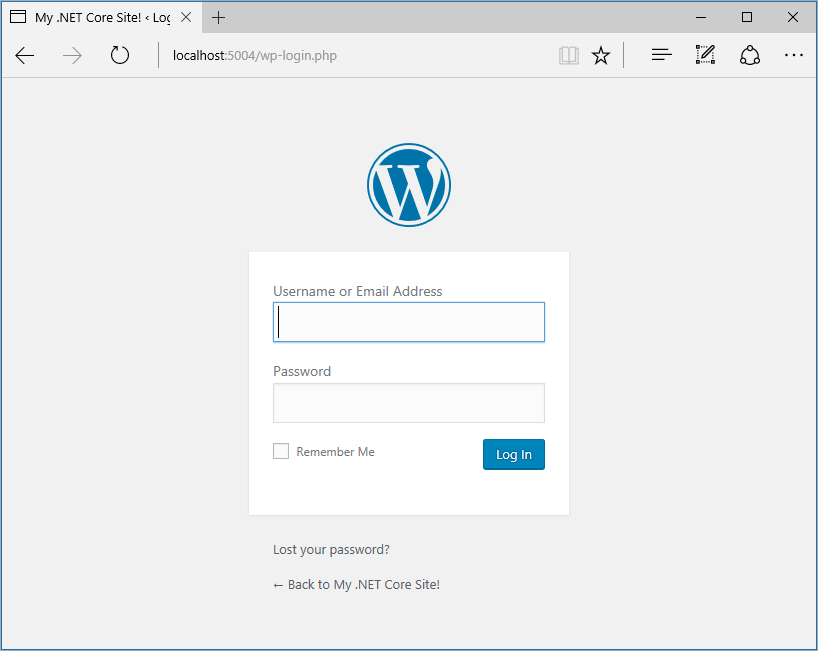 It's early and it's alpha - so set your expectations appropriately - but it's surprisingly useful and appears to be under active development.

Fred
July 28, 2017 5:58
This is a huge development, PHP on .net would open up to hosting wordpress sites on windows based servers. I wonder how the performance will handle up

In my opinion, language interop between runtimes is more maintainable and leaner than re-implementation of the existing language on a completely different runtime. There will always be differences with the main implementation and incompatibility with existing libraries due to the dependence on runtime features such as GC, call stack, exceptions, etc.

But this is a nice marketing for PHP developers to get introduced into .NET ;)

Denis Akhiyarov
July 28, 2017 11:42
When is the .net development team going to cherry pick the best PHP libraries, cross compile them to .net IL, build DLLs from that and include it in .net Core?

How's this different than IronPython and IronRuby which lasted 4 years (2006 - 2010) before being abandoned by MS?

st
July 28, 2017 17:56
There are other interesting PHP runtime alternatives as well, I'm especially intrigued by Tagua, whose lead developer is now employed by Automattic, the company behind WordPress.

Morten Toudahl
July 28, 2017 21:04
The language-as-middleware design reminds me of Giraffe for F# and ASP.NET Core

Alex Saez
August 01, 2017 23:35
The performance boost they are claiming is impressive. I would love to see moodle running on it.

I tried the following:

Then when I ran dotnet restore, I got the following message:

c:\FirstPeachpie\FirstPeachpie.msbuildproj(22,3): error MSB4020: The value "" of the "Project" attribute in element <Import> is invalid.


I don't know if it has something to do with the dotnet version I'm using. But when I tried the same steps above with version 1.1, it worked fine.