Eight years ago I stumbled on the husk of an old arcade cabinet and along with my buddy John Batdorf, proceeded to reclaim the cabinet, refinish, paint, and turn it into a proper MAME (Multi-Arcade Machine Emulator)

As an aside, a bit after helping me this project, John happened to start an amazing business making furniture with reclaimed wood, check him out at http://deercreekfurnishings.com. Amazing stuff, truly. 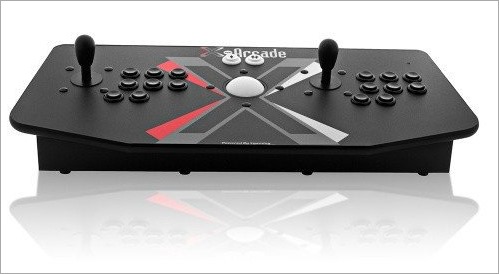 Last week I build a RetroPie into an X-arcade tankstick. This is my best retro arcade yet because it's got HDMI out and I can take it to friends' houses. That said, I'm going to briefly go over my other systems because they may be more attractive for your needs. If you have no patience, scroll down.

I wrote up a complete 7 part series on making your own MAME Arcade Cabinet. It's super fun and will only take a few weekends and perhaps a few hundred bucks.

When I made my first MAME cabinet I put a small "Shuttle PC" inside. The MAME system is in my office and runs to this day on Windows 7 with a HyperSpin frontend.

Software Disclaimer 1: There's all sorts of iffy legal issues around emulating arcade games with boards/ROMs you don't own. This series of posts has nothing to do with that. I do own some original arcade boards, but if you want to emulate arcade games with MAME (Multiple Arcade Machine Emulator), you can search the 'tubes. What I'm doing here is putting a computer in a pretty box.

There's been a huge amount of work done in the last few years to reconcile the dozens of emulators and systems and the nightmare of keybindings, menus, and configuration. My first MAME machine was a few hours to install and literally weeks of messing around with the settings of various emulators. I started with the legendary v1 "X-Arcade Tankstick" that had was effectively a PS2 keyboard. I took it apart and built it into my MAME system's control panel. I then needed to tell each individual emulator the key codes for up, down, left, right, a, b, x, y, etc. Each emulator had a different configuration file. Some were INI files, some XML, some freaking magic.

It's a lot to ask in 2017 to dedicate a complete PC to a retroarcade - in fact, it's just not necessary. A $35 Raspberry Pi 3 (or even an overclocked Raspberry Pi 2) has enough power to handle all but the most complex emulators.

Later I discovered RetroPie and built a tiny "cupcade" with plans from AdaFruit.  It is/was a tiny little thing that with just a basic menuing system but it got me thinking about how powerful the Raspberry Pi is. The AdaFruit site has all the plans and parts you can buy. I had a local makerspace laser-cut the case. Assembly was just a weekend. 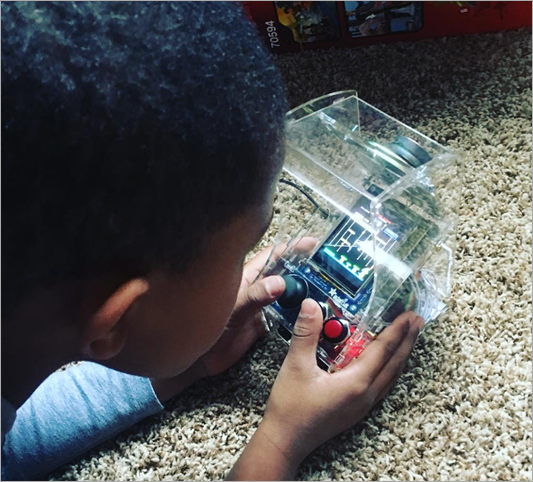 We also picked up a Hyperkin Retron console. This is a great legal way to plan retro games because it requires actual cartridges. We buy our games at Retro Game Trader. If you are EVER near Portland you HAVE to stop and check it out. It's insane.

A RetroPie inside an X-Arcade Tankstick

There's a whole series of gotchas that took me a few weeks to work through when taking a Raspberry Pi, RetroPie software, and an X-Arcade and getting them to work well together.

THIS blog post is going to be a collection of all the stuff I wish I'd known BEFORE I started on this path. Even one of these tips would have saved me an hour, so the collection of them is days of googling, forum reading, and trial and error.

Start with this 7-part short video series (they are less than 10 min long, so it's not so scary) on the X-Arcade with the RetroPie.

You'll want at least these things to start.

And finally, last but not least. An X-Arcade Stick. You can get them with or without a Trackball (which acts as an independent mouse and uses its own additional USB cable). As I mentioned, I'd long-been a fan of all X-Arcade products. Their stuff is legendarily reliable and built like, well, a tank. They're fantastic in that you can even get adapters for your X-Box, X-Box One, Wii, Dreamcast, whatever.

My brother recently found an X-Arcade stick at a local thrift story for $30 and grabbed it for me. I opened it up and noticed it was the PS2 version from years ago. Fear not - you should be aware that there is the PS2 X-Arcade that requires a PS2 keyboard be attached, and there's the newer USB version.  Here's the epic part - and reason #564 why I love X-Gaming as a company - you can upgrade the electronics in your v1 X-Arcade stick with a simple board for $35. And I did just this. This kit takes any existing X-Arcade to the latest hardware and you're going to want the latest if you want your X-Arcade to work smoothly with RetroPie.

I took the back off the X-Arcade and threaded the HDMI cable and USB micro cable through the back holes. I 3D-printed a case (the yellow cage in the photo below) for the Raspberry Pi but really any case will do as long as wires aren't touching wires. There's an RS232 cable and the vestigial green PS2 male that you can tuck away in there. I used the remaining hole to keep the purple PS2 female connector handy as it'll be used for "programming" the keys for the X-Arcade.

Yes, it's janky, but all I had was electrical tape. Ideally I'd get a rubber gasket for the wires to keep the tension off the Raspberry Pi and make it more "kid safe."

Again, follow these videos. If you're a little technical it's pretty straightforward stuff. The general idea is this.

Little Gotchas when Hooking up RetroPie and an X-Arcade

Now to the little details that took me weeks that will hopefully help you.

That pretty much covers all the hairpullingout of the last few weeks. The result is very nice though. I hope you make one also!

Comment on this post [4]
Share on Twitter or Facebook or use the Permalink
June 07, 2017 15:50
Built my son a custom art deco themed arcade cabinet powered by a RetroPie last Christmas (http://imgur.com/a/pD8u6) It was a lot of fun and the RetroPie makes it easy.

Tony
June 08, 2017 4:43
This is beyond awesome Scott. I've been putting off doing this. Ok I have Tank and Pi3. :-)
First thing first. Tank is old. I have a USB out cable that came with it. Does that mean I have V2? Also I don't have a ps2 keyboard, just usb keyboards laying around. I guess u reccomend I get a ps2 keyboard eh?

Last question. I have a brand spanking new Ryzen 1800x windows PC.
Worth setting up retro/Tankstick for this pc?
Anyway, I'm very excited about this now!
Thanks.

Jim C
June 08, 2017 11:35
Thank you Scott, awesome post.
It was one of my oldest dream but the Tankstick is often out of stock in Europe and too expensive to ship from US.
Maybe I'll give it a new try ;-)

MisterG
June 08, 2017 20:33
Jim - If it has USB on a green wire, that's likely the mouse. Email them the serial number and they can tell you. I ordered the replacement board and had it setup in an hour. You can use the PC, sure, but having it all be one piece with the Pi was my goal.