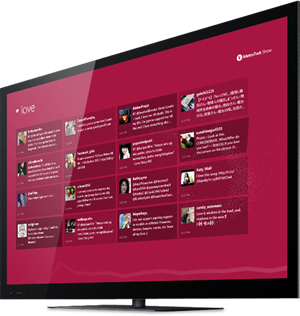 I realize that many (most) of you are not on Twitter. I am, however, on Twitter and I find it to be a joy. I have had a few complaints (just a few) because I tend to be random on Twitter. If you want only a stream of technical .NET resources, then don't follow me. However, if you want to follow the Whole Person, then please, join the fun.

The most wonderful part of Twitter is just letting it flow over you. I tend to discover lots of interesting and cool stuff. So much so that I've started "Favorite-ing" things I want to save for later. That means clicking the little Star icon. You can access any Twitter user's favorites by putting /favorites at the end of their URL, like http://twitter.com/shanselman/favorites. There are 3rd parties like FavStar that mine this information, both favorites (stars) and retweets (RTs) and then sort by popularity. You can see my most "popular" tweets here: http://favstar.fm/users/shanselman. These tend of be ones that folks want to save for later themselves.

For the people that aren't on Twitter (or aren't on it as much as I am) I thought I'd do a post each week or so with a roundup of the most awesome links I've come upon that week on Twitter. One stop shopping for awesome. I'll also add some commentary about why it's awesome. These aren't all development centric, but they were interesting to me.

mrated: MetroTwit Show is mesmerizing. I can see it being used at trade shows and whatnot. Well done @longzheng and Co! http://is.gd/hWo0so

MetroTwit is a great Twitter client for Windows, and MetroTwit Show is kind of a Twitter client screensaver. It's fun to watch the tweets just move around and come and go. I think it'd be great for an office lobby of a company, or a conference! Really nice visualizations.

hugorodgerbrown: the current answers to this question are effectively parking a tank on your lawn -http://t.co/gFOHrBM "If licensing were free, what would be the downsides of using the Microsoft stack for a website?"

This twitter follower tweeted me to let me know an interesting discussion was happening on Quora, a Q&A site. While I didn't feel it was a "tank on my lawn," it did turn into a really good, constructive discussion about choosing a stack, AND I learned more about Quora.

This is evil. If you want to really confuse a developer or designer, hide this line in their stylesheet and see if they figure out why things aren't "pixel perfect" anymore!

You may hate animated gifs, but they are BACK and Twitter is full of them. Such old school fun! I'm starting to collect them again and throw them into DropBox. As Jeff Atwood says, "There is no problem animated GIFs cannot solve."

This is a great little website and a video of the actual proposal. So clever. Of course, thanks to the ubiquity of the Internet, no one can ever do it again. Or dance in to Chris Brown's "Forever." 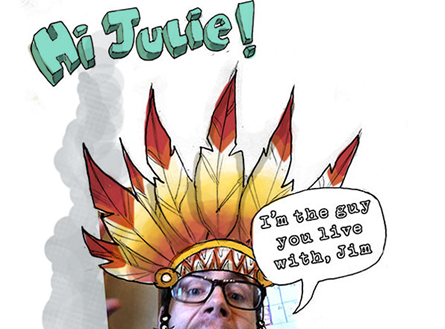 TheWordsmith215 "What you're comfortable with isn't the only thing you're good at." ~@markchappelle

Yes, Twitter is also filled with pithy quotes, but sometimes that's exactly what you need to hear.

codinghorror How much should you pay developers? http://t.co/zZnLcGm

Jeff Atwood blogs the Stack Exchange Developer Compensation document externally. While no actual numbers appear, it's still interesting to see what Jeff and Joel and friends value in an employee, including Modem Whistling.

I would love for my kid to be a writer. Here's some tips from The Atlantic via Molly Backes:

Give her a notebook and five bucks so she can pick out a great pen. Insist she spend time with the family. It's even better if this time is spent in another state, a cabin in the woods, a cottage on the lake, far from her friends and people her own age. Give her some tedious chores to do. Make her mow the lawn, do the dishes by hand, paint the garage. Make her go on long walks with you and tell her you just want to listen to the sounds of the neighborhood.

Let her be lonely. Let her believe that no one in the world truly understands her. Give her the freedom to fall in love with the wrong person, to lose her heart, to have it smashed and abused and broken. Occasionally be too busy to listen, be distracted by other things, have your nose in a great book, be gone with your own friends. Let her have secrets. Let her have her own folder on the family computer

jonubian Being able to admit fault, accept accountability, and apologize is some high power s***

My twitter friend Jo breaks it straight down. This is the kind of quote I consider printing out, laminating and framing on my wall.

For more details on Twitter and my tips and tricks, I hope you'll enjoy these blog posts...