Survey Time: What .NET Framework features do you use? 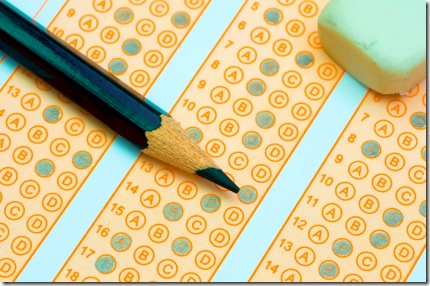 UPDATE: This survey is closed. For two reasons actually. First, we got just 3500 responses in less than a day, so that's good. The bad part is that these survey guys (whom I paid, BTW) deleted the survey and my account without asking. Fortunately I got the data out in an export before this happened. Sheer luck. I bet there were upwards of 5000 responses. Very unprofessional and disappointing. I'd have appreciated a heads up from them. Next time I'll just use Survey Monkey. I'll publish the results after I fancy-chart them in Excel.
Thanks to everyone for participating!

UPDATE 2: Not sure what's up with these guys, but the survey is back up, so I'll keep collecting data for a few more days.

Hey folks, as I've said before, one of the things I like to do is take your comments, questions and feedback directly to the right folks inside Microsoft.

They have all sorts of scientific methods, analysts, and smarties that give them information, usage details, etc. Sometimes, however, I like to throw the product planners the occasional totally RAW web survey, just to make sure that there's fewer layers between me and the bosses.

That said, please take 10 seconds and fill out this ONE QUESTION SURVEY. Feel free to tweet it on Twitter, forward it to your friends, or blog it.

Yes, the survey is missing things. It's a survey about larger framework subsystems, not languages, not Silverlight, etc. You'll see. It's still very useful to me and others.

I'd like to get 2500 responses before I give it to the bosses. Any less doesn't really seem like a lot, you know?

I'll blog the results later! Thanks.

tamberg
October 14, 2008 1:33
The thing is, I'm a bit embarrassed to say what stuff I'm working on in my projects. Due to a major lack of foresight in technology adoption, there is daylight between the stuff we want to use and the stuff that actually is used.
I wonder what the results will show and whether there can be any way to identify those organisations who are simply slow to adopt newer technologies as opposed to outright refusing to consider them...

I must say that I'm not able to catch up with Microsoft technologies recently. I use only ASP.NET WebForm + AJAX + ASMX + WinForm. Been playing with LINQ and Silverlight, but only a little.

I agree with Phil on his comment. MVC, LINQ, Cardsapce, and Silverlight and other stuff are cool, but we can't find a place to put them in.

I personally don't see the benefits of MVC for myself yet. I already got a simple & fast DAL libary that I'm confortable with, though not as powerful as LINQ to SQL, of course. I'm reluctant to use Silverlight due to the fact that not so many have Silverlight installed. And some initial comments on my site say people don't like to use Cardspace either, Live Services is a better option.

NH
October 14, 2008 2:59
To be honest, instead of creating new languages and libraries, I would like Microsoft to support PHP and Javascript natively (as a .Net language). And Lua for that matter :)

Does that help? (Okay, I actually did take the survey and answer "for real.") :-)

http://codecube.net/
October 14, 2008 4:44
It seems that Entity Framework and LINQ to SQL do not fit ASP.NET MVC very well if you are going to do IoC. (See Palermo's Onion Architecture) I hope the change in these fundamentals are addressed. Perhaps the P&P team will come up with something.

Missing "None" or even an open text field "Others"

Sorry, but I use none of the available features in the pole, but rather their respective OSS equivalents. (MonoRail over WebForms/MVC, NHibernate over EF/L2Sql, etc.)

so under Others I would have filed things like, maybe, System.dll, System.Core.dll

http://alex.scordellis.myopenid.com/
October 14, 2008 9:31
The goal of the survey is to give the bosses an idea of the breadth of technologies that folks use. To give them an idea of how folks use them together (that's why it was multiple choice). To see if things like DataSets are widely or scarcely used. It's better than just putting my finger in the air to see which way the wind blows. :)

Any chance that you would publish the results of that survey?

Rick
October 14, 2008 19:28
Sure you ain't shopping for an answer? I just use the quickest CRUD stuff. Don't have time, place, or need to futz with all the new bells and whistles. I can get Northwind working with the old examples.
I use datareaders a lot. And datarepeaters. Everything else goes clunk. I try to run screaming on any big pages when it comes to Viewstate, and if I have to, I will put Viewstate on the server. Viewstate works ok for small stuff.

John A. Davis
October 14, 2008 19:47
Hey Scott: tinyurl.com is blocked where I work (under the category of "Hacking/Proxy Avoidance Systems"). Would you post the full URL, please? Thanks

parvenu74
October 14, 2008 20:30
John - Not shopping for an answer at all. I have no fighter in this fight. I'm just trying to help with planning and make sure that folks INSIDE know that YOU (John) are using DataReaders and it shouldn't be mucked with.

Parvenu - I've updated the post to include the full URL.

Scott Hanselman
October 14, 2008 20:43
We need more controls for WPF. I personally believe there is a good list of controls in WPF, but it is hard to influence management and team members when Visual Studio does not support some of the basic controls ( DateTimePicker/Calendar, DataGrid, etc. Charting/Graphics tool would be good, too. Third Parties have good add-ons, but company does not want to marry into their products.

Nawaz Ali
October 15, 2008 4:37
i use the theming and localization and masterpage in asp.net

Will you please publish the result?

Scott Hanselman
October 15, 2008 9:16
Survey site's down at this late hour. Also, your blog comment preview is broken in IE 8 beta 2. Please add the X-UA-Compatible meta tag (IE=EmulateIE7) to your HTML. Thanks.

Anyway, it's not letting me submit without any of hte boxes checked.

Scott Hanselman
October 16, 2008 21:25
People using front line stuff will be more inclined to tell you so, the people using asp.net 1.1 or asp.net 2.0 web forms will grunt, turn of the computer and go eat icecream. A raw survey like this will be biased towards "new and cool stuff".

bear
October 18, 2008 1:20
To those still using .NET 1.1, ask your managers: please tell me what companies you are, so I can buy stock in your competitors, who are probably not still living in the past.