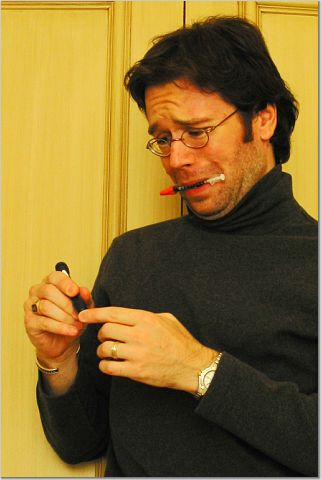 Nils has a great piece on changing the view of folks with "Bat Belts."  Nils is a fellow diabetic, unfortunately a new one (October), and believes that we can usher in a new "Diabetes Chic" movement!

"Even if diabetes doesn’t take off as an alternative lifestyle, I believe we can revamp its image. Here’s a portfolio I’m submitting to modeling agencies. The first shot evokes the mobile professional carrying his glucose meter and insulin delivery equipment in a stylish neoprene hip case. Unfortunately, I already tote around a Pocket PC and collapsable keyboard, so the hipster effect is somewhat diminished, as the second shot reveals."

As someone who has been known to carry:

and in the past: 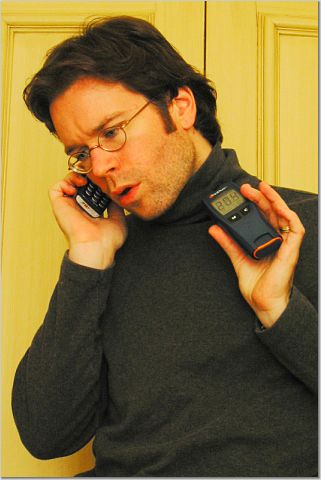 I think that a bat-belt-chic movement is in order.  Perhaps it will start with a Solar Powered Geek vest, like Patrick's?  Is there a geek diabetic version with a cooler for insulin?