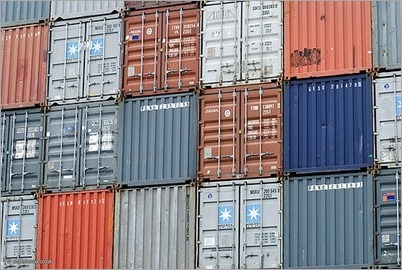 I blogged recently about optimizing .NET and ASP.NET Docker files sizes. .NET Core 2.0 has previously been built on a Debian image but today there is preview image with .NET Core 2.1 nightlies using Alpine. You can read about the announcement here about this new Alpine preview image. There's also a good rollup post on .NET and Docker.

They have added two new images:

It's best with .NET Core to use multi-stage build files, so you have one container that builds your app and one that contains the results of that build. That way you don't end up shipping an image with a bunch of SDKs and compilers you don't need.

NOTE: Read this to learn more about image versions in Dockerfiles so you can pick the right tag and digest for your needs. Ideally you'll pick a docker file that rolls forward to include the latest servicing patches.

Given this docker file, we build with the SDK image, then publish, and the result is about 219megs.

Then I'll save this as Dockerfile.debian and build like this:

With a standard ASP.NET app this image ends up being 219 megs.

Now I'll just change one line, and use the 2.1 alpine runtime

and compare the two:

Nice. About 83 megs now rather than 219 megs for a Hello World web app. Now the idea of a microservice is more feasible!

Please do head over to the GitHub issue here https://github.com/dotnet/dotnet-docker-nightly/issues/500 and offer your thoughts and results as you test these Alpine images. Also, are you interested in a "-debian-slim?" It would be halfway to Alpine but not as heavy as just -debian.

Lots of great stuff happening around .NET and Docker. Be sure to also check out Jeff Fritz's post on creating a minimal ASP.NET Core Windows Container to see how you can squish .(full) Framework applications running on Windows containers as well. For example, the Windows Nano Server images are just 93 megs compressed.

Scott Hanselman
November 23, 2017 1:40
Can't wait to see a docker images Dotnet core native app ( 82.8MB) it will bee history to tell.
Thank you Microsoft i can't be Proud to be c# developer (performance + opensource + first class tools + multi-platform )
its like i have all what my java friend use to brag about but butter they have oracle

badreddine
November 23, 2017 17:04
Any plans for a production version of ODBC connectivity? It's hard to build all those trendy apps working on data without a good generic database interface. Java is doing much better with JDBC :/

I know that you are a Rasbperry fan like myself: do you know if there are any plans to use .NET Core Native for any other kind of targets and not just universal windows apps? The pro-arguments about using native code for UWPs apply for targets like a Raspberry.

Raul
November 23, 2017 21:34
I have an example of using a self contained app with alpine at https://github.com/annymsMthd/small-docker-test

Using ILLink.Tasks The size comes out to about 49.8MB

Joshua Benjamin
November 27, 2017 3:16
Hi Scott, could you please share how the csproj file looks like? Because I tested the Alpine image with my app and I get an error saying "The specified framework 'Microsoft.NETCore.App', version '2.0.0' was not found."

This is the csproj:

In the Dockerfile I use for building the app and for running the app.

When using for running, everything works fine.

For more info check out the comment I created in a related issue on GitHub: https://github.com/dotnet/cli/issues/7901#issuecomment-346940892

Mike Cheel
November 30, 2017 5:02
Now once your team is that the one defensive you continue to get to manage your players with the joystick however the 3 buttons modification to modify Guard and Block. Real life street courts available to play in The One include Cara Efektif Mengobati Kelenjar Tiroid Secara Alami Venice Beach California and Rucker Park in New York.. My suggestion could sure for having an organisation line a number of kind of voicemail or at truly a message machine.

Am I being dumb here, because I feel like I'm missing something. What is Alpine? To me it just seems like this word has appeared signifying something new, but with no explanation of what this new thing actually is. The readme on the docker samples github doesn't explain it either.