Hanselminutes on 9 - Follow up, 6 months later, On Managing People with Chris Sells 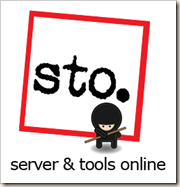 Six months ago when my role changed a bit, I took Chris Sells to lunch at our local food court (where the lady at the Indian Restaurant always shakes the big piece of chicken off her serving spoon before she dishes my plate, but I'm not bitter) to talk about being a successful manager at Microsoft.

You might watch that short video from August of 2009 first, if you haven't seen it, before you watch this follow up.

I've led teams of developers on projects, but never done the whole HR thing in a large hierarchy. When I was Chief Architect at Corillian (about 450 people) I reported to the CTO but the VP of Engineering handled the human resources aspects of management and I focused on technology and strategy.

Chris leads a team at Microsoft and seems to get a lot done, so I figured it'd be a good idea. Check out our FIRST video interview from the August 2009 lunch here, then watch this FOLLOWUP Lunch from yesterday (about six months after the first) where I at first admit defeat, then go back into being in denial, then I leave to redouble my efforts. Enjoy the Wisdom of Chris Sells as he attempts to set me straight. 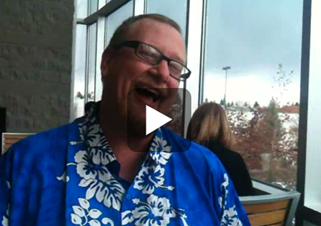 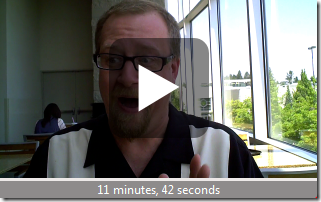 * Joke. We also move email into folders and schedule meetings.

Andrei Rinea
January 22, 2010 0:36
Any chance these (The on 9 series) will be included in the normal hanselminute podcast list?
I just realised that I wasn't getting these because it wasn't directly obvious that they weren’t included because the name is so similar.

Robert
January 22, 2010 1:40
Robert - Ya, these are kind of a mini-series I've been doing for Channel 9. I just named them this way so folks will understand they are related. I haven't figured out a clean way to integrate them back into the actual Hanselminutes feed.

Ian
January 22, 2010 21:03
I especially enjoy these videos since I became a manager roughly the same time as you did. I'm in a much smaller, less software development oriented business (we're a small department) but I find myself running into the same issues that you do. Its nice to get the same 'mentor talk' from Chris (even if I'm only watching a video of it)

http://hboss.myopenid.com/
January 23, 2010 1:26
yea i dont know how other great project managers do it but, I for one was put in a project manager position temporarily and it was the most frustrating thing i've ever done.

I am a horrible people person, and what your video spoke about was right on. People kept telling me what they were doing that was not work related (i will be out tomorrow, long lunch, my kid's recital is starting early etc), and i kept yelling in my head "I dont give a F----", and I was easily frustrated with people constantly coming to me with their personal problems. The emails were just out of control, where it became instant messaging to some people.

Being a project manager is like working a full time job at home where you have to watch your five kids(who are super active) at the same time. You have to balance meeting their needs with your own work.