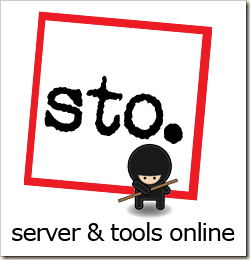 Just about two years ago I joined Microsoft. I'm fortunate to work in a home office with a great team that I now lead. We work for the group at Microsoft that runs MSDN, TechNet, ASP.NET, Silverlight.NET, WindowsClient.NET, basically all the online education stuff. The giant group is called STO (Server & Tools Online) and our little group is "stoninja." That's our internal mailing alias.

We create content for all of the sites above but we're also active members of the community. We listen and drive feedback back into the product group. We're not part of the product evangelism group (DPE - Developer Platform Evangelism), but rather we focus primarily on online content creation. I like to think that we're the team that happens you after you go File|New Project, although we're constantly influencing what happens on both sides.

Fast forward to today and my little team is growing. 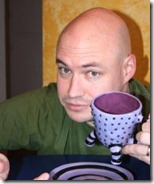 I'd like to announce that Jon Galloway is joining my team, he's coming to work for us via our good friends at Vertigo (who just announced a new Vertigo Software - Portland office which is cool). It's a bit of a change for Jon and it's something he's always wanted to do. Jon's official title will be Community Program Manager but I like to think of each member of the team as a Community Liaison. We're a small group, but we're sneaky (like ninjas, just fat, middle-aged somewhat pasty ninjas) and we are continually applying pressure to what we think are the right places within Microsoft.

You might know Jon from the Herding Code podcast he does with K. Scott Allen, Kevin Dente and Scott Koon. You might have read the ASP.NET 2.0 Anthology book that he worked on with Jeff, Phil, K. Scott and Wyatt. Jon's also done open source and works on SubText. Jon will be focusing on ASP.NET (all of it). He'll help get the http://asp.net site in shape and provide a much needed pragmatic view of all things web. 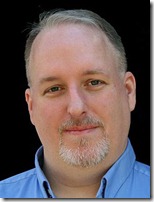 Also joined just a few weeks ago is Pete Brown. Pete comes to us after a long stint as .NET Architect, Project Manager, and Client Technologies Evangelist at Applied Information Sciences (AIS).

You may know Pete from his amazing C64 Emulator port to Silverlight. Pete has been working on the WindowsClient.NET site creating content and code samples that show some of the cool stuff you can do in Windows 7. He's started a multi-part video series just recently on the Windows 7 Sensor and Location APIs and will be filling the Learn section with even more great videos as well as working on http://msdn.com/windows.

When I came to work at Microsoft I posted a Venn diagram that looked like this: 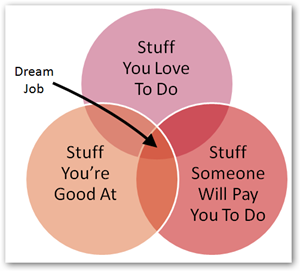 I hope Jon and Pete's personal Venn diagram looks like mine, or since they are working from home (my whole team is remote) perhaps like this one ;)

Please welcome both Jon and Pete to the team! The whole team - Me, Joe, Jesse, Tim, Pete and Jon - will be at PDC this year so do stop us and say Hello if you're there!

Comment on this post [17]
Share on Twitter or Facebook or use the Permalink
November 12, 2009 23:26
Very cool. Congrats to both! I saw Pete present Silverlight and Prism in Pittsburgh when I was living there. Great presenter. Very good to have him on the team. Jon, not so much! (just kidding!) Awesome to have them both on board in STO!

Keyvan Nayyeri
November 13, 2009 8:58
That sounds like an awesome way to spend your working week. Congrats everyone!

rtpHarry
November 13, 2009 10:33
That's really great news. Congrats to both. This looks like an awesome job and you have an excelent team. I wish I could go to PDC but I'm saving for MIX10 (I'm in Brazil).

Stewart Adcock
November 13, 2009 16:16
Those venn diagrams sure help with getting the point across lol.

salman
November 13, 2009 18:08
I knew it was just a matter of time for Galloway. Very good addition, I think. Jon brings a lot of practical, day-to-day experience to the table.

I hope your STO team can soon take over MicrosoftPDC.com as well. The usabillity and quality of this site really needs to be improved. I am, for example, still not able, after decades of PDC, to select my sessions in the context of sessions that run in parallel. Hey it's almost 2010 and it's Microsoft. I expect the PDC site to blow me off my chair and not beng my head against the monitor.
The caliber of engineers in your team should be able to accomblish that.

Excellent news. He is awesome.

and scott I really hope you will wear pants at the pdc lol.

Pardon the randomness of this, but I've listened to your podcast enough to learn of your blood sugar condition. The URL below may be of interest (even if it is a bit old), and alas it is a design concept rather than a product.

Kevin McGee
December 01, 2009 16:45
congrats, i hope you guys bring some juice to MS , maybe ppl would start using it for more underdog's projects to lead the new web 3.0