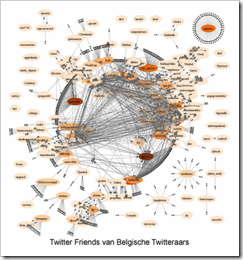 I haven't used Instant Messaging for anything significant in months. Why?

Last May (!) I used the Twitter micro-blogging service and made a post every time I managed my Diabetes. It ended up being a pretty cool thing and even was on the evening News in San Francisco.

The rise of blogs brought conversations on the 'net more out in the open. Blogging enabled conversation via essay, but as blogs have matured, posts have gotten longer and longer and threads more difficult to follow. Now, most posts are jumping off points for the more interesting conversations that inevitably move to the comments.

Public debates and conversations still exist on Mailing Lists, IRC, and USENET. Private instant messaging is about connecting and conversing but is usually one to one, which certainly doesn't conserve my keystrokes. However, these conversations miss three useful things.

Twitter offers/imposes all three. You can "tweet" a max of 140 characters. Every tweet can be linked directly to and lives forever. There's a clear API. Any one or all of these things may seem lame or a deal-breaker to you, but these very things are what makes it useful for public conversation and sharing.

Twitter is just one of the Microblogging services out there, but it's got a nice RESTesque API that has encouraged a number of a cool Twitter Clients like Witty, Twhirl, TinyTwitter (Windows Mobile) and others, as well as a nice mobile site at http://m.twitter.com. It also supports SMS so you can send and received Twitter messages with no UI or client at all.

Twitter's API also has spawned statistics sights like Twitterholic and Tweeterboard as well as fun things like Twaiku's (Twitter Haiku's) and Twoosh, when you use exactly the maximum of 140 characters in your "Tweets."

I'm finding that I use Twitter more to chat with folks and interact with the community. There's aspects of presence, as sometimes folks will tweet "heading downtown" and I've used this to have surprise meet-ups and lunches when I just happen to cross paths with someone.

One of the misconceptions about Twitter is that I (a user) need to permissively "follow" you (another user) in order for us to talk. However, one setting change means I'll see any tweet that includes my username preceded by an @ sign. So, the way you respond in Twitter is like this: "@shanselman you rock" and I'll see it.

One thing to point out (warn you) about Twitter is that tweets tend to be more sarcastic, silly, non-technical, whatever than on a blog. It's important to remember that what you say on Twitter is public, indexable, and arguably permanent, which is both a good thing and a bad thing, but be aware - The Internet Remembers.

There's a number of examples of Twitter being used as a message bus. For example, you can create a Twitter user as a "bot" to be used to send an receive information via an API. One such user is "commuter" that supports the http://commuterfeed.com/ website.

If I "follow" @commuter I can send traffic updates to it like this "@commuter PDX Traffic on I5" and it'll show up on the Commuter Feed.

If you're at a conference or in a particular special interest group, you can include a "hashtag" in your tweet like "#mix08." Many folks did this while at Mix08 in Vegas this year and via another service at Hashtags.org a feed was created that allowed not only the folks on the ground to stay in touch, but also for others not in Vegas to follow the conference.

All of these things and more have made (so far) Twitter a really fun, dynamic, and ultimately enriching part of my day.

Feel free to go sign up for Twitter yourself. I'm http://www.twitter.com/shanselman and once you've signed up you can "follow me" and I can follow you and we'll all join the conversation. I encourage you to find a Twitter Client that works for you and give it a try.

How do you find folks you know on Twitter?

You can find folks to follow by letting Twitter check your email contacts, but I have found that just by picking a few folks to follow, then watching who they talk to has been a great way to keep the signal to noise ratio high.

I don't know how long this will last, but I'm finding Twitter to be a nice, fresh way to keep up with friends and community in a 3rd place separate from USENET, Mailing Lists, IRC and IM.

Comment on this post [13]
Share on Twitter or Facebook or use the Permalink
March 20, 2008 3:39
My company is building an open reviews platform and initially built our own email/sms sink, but we switched it to Twitter -- let them pay the SMS fees. http://twitter.notch.es (It is similar to @twitcrit, but builds on that in various ways)

Corey
March 20, 2008 10:43
I think you got the @-replies thing wrong. That configuration concerns the posts of people that you do follow. If they @-reply to someone you don't follow, you won't get that message in your timeline unless you got "all @-replies" on.
To get all @-replies you can use a client like Twirhl that checks for replies of people that you don't follow as well.

Javache
March 20, 2008 11:09
Hm. I see what you're saying and it's confirmed at http://help.twitter.com/index.php?pg=kb.page&id=85 but I get @replies from LOTS of folks and I don't follow most of them. How am I getting all these replies?

Nice post. I think one of the more interesting things about Twitter is the language that has built up around it. I have even put together a Twitter Dictionary (or Twictionary):

Needs some updating with "ninja tweet" and some other ones that have popped up recently.

Larry Clarkin
March 20, 2008 18:26
Unfortunately, most work environments I've been at block twitter, which is frustrating. One way around that is Twit2Rss. Which dumps all your tweets into an RSS feed, which you can put on a sever somewhere that isn't blocked. Then reply via SMS or something else. Kind of hacky, and the delay can be frustrating, but it works.

Twhirl integrates the Replies timeline, which includes @replies from people you don't follow, that's why it shows up for you.

btw, Thanks for the Witty mention. I know it still needs lots of improvements.

I follow around 214 people and I don't feel that I'm missing posts or need to catch up. For me, twitter is about what's relevant at the moment. I tend to look mostly just at the latest 20-40 tweets. If there are tweets past that, they're most likely stale anyways. I don't feel like I need to participate and check twitter all the time. I can jump in and out whenever. Also not everyone is active at the same time, so there's always sometime new when I do check.

Alan Le
March 21, 2008 1:57
Twitter makes me feel more connected to the coast. I'm in Kansas City, and sometimes the center of computer-dom can feel very far away. But when you and others tweet from conferences and in your daily lives, I feel like I'm more connected to the heart of the industry.

Thanks for helping me feel connected.

At first, I was just using Twitter just to let a couple friends know, literally, "what's going on," no matter how asinine it is. But I've rediscovered the SMS feature--it's actually very useful (especially with an unlimited SMS account). Great way to follow news bloggers and the like. Like previous commenters have said, it's a great way to see what's going on at the beat of the moment. It's great for getting a link out there, or just some random stuff because it does limit you. If we want to share what we had for lunch that day, all we really need is 140 character or less, not an entire blog entry. It's easy, you can post almost from anywhere, and it's simple. I'm a big fan and I'm slowly but surely getting co-workers at my company using it =).

Richly Chheuy
March 22, 2008 9:03
Scott... I am pretty sure as was said, the Replies setting is with respect to replys that are NOT to you written by people you are following.

All @ Replies - means you see all the replies people you are following make to ANYONE.

No @ replies - means you don't see any replies made by people you are following.

But... all the above is only for @replies that are NOT to you. You see all replies to you all the time (I think even if you are set to No @ replies... can someone confirm this?). I also think the clients don't control this... the twitter service will filter the replies in your timeline based on your settings.

What I seem to have a hard time dealing with lately is what can only be described as "net apathy". I'm an old guy, and sites like Facebook and MySpace don't seem to do anything different from what GeoCities did "back in the day" (and that sucked). The amount of noise there is entirely too high and the user interface of most "pages" is so blindingly ugly that I can't take it. I'm also sick of (most) forums; the poor grammar and pervasive self-entitled attitude gets tiresome.

I do read a few blogs, but generally stop just short of the comments for many of the same reasons I avoid forums. This is actually the only time I can recall that I've actually left a comment. Hopefully someone can point out what I'm missing.

I see information exchange as a wonderful thing; I just don't generally come across that much "information" in what's being exchanged on the web these days. AND I have a hard time feeling "social" at a keyboard. The net is becoming (has become) what libraries would have been if everyone had been given a printing press and a place to publish - watered down with garbage.