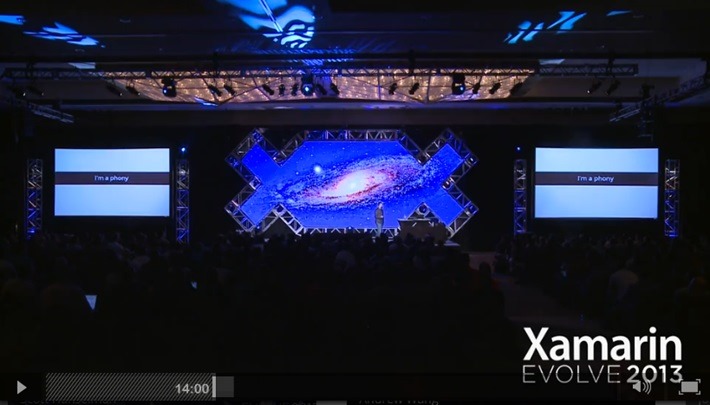 In case you haven't heard, Xamarin is a fabulous company with amazing products and their Evolve 2013 conference was absolutely smashing. 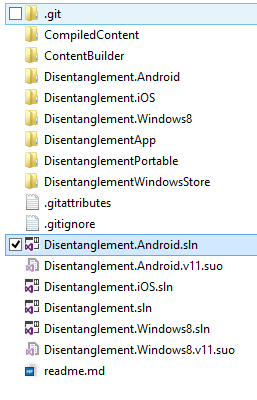 I was fortunate enough to speak at Xamarin Evolve 2013 in Austin last month, just after lunch one day. I wanted everyone to understand how excited I am about what they're doing, how Azure and Visual Studio appreciates them and how great it is to be a C# developer right now. So, I did a fun little talk called "How C# Saved my Marriage, Enhanced my Career and Made Me an Inch Taller."

The general story of my talk is that, like VISA, C# is everywhere I want to be. I can create apps now on iOS (iPad, iPhone), Android (Phones and Tablets), Mac desktop apps, Windows Phone, Windows (all flavors), and Windows 8 Store apps. You can use Xamarin Studio, of course, but even better, Xamarin integrates with Visual Studio wonderfully. You can literally write iPhone apps in C# from within Visual Studio and compile them using a networked Mac as a build server. It's amazing.

I teamed up with Greg Shackles and we ported the Pan Tilt Zoom client (I already have Web and Windows Desktop versions) to iOS and Android!

Then Dominique Louis from MonoGame helped me port Daniel Plaisted's "Disentanglement" application to Android and iOS. Now it runs on Windows 8, iOs and Android. 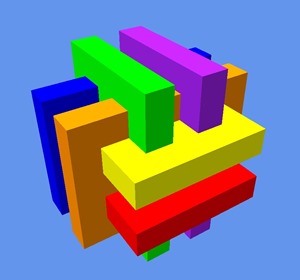 We announced better NuGet support for Mono, took a SignalR pull request for iOS support and more. It was great fun.

Here's a screenshot I took in the middle of the talk. I used Lync and the Xamarin-powered iPhone version of our Pan-Tilt-Zoom app using SignalR to call back to the Seattle Office. Then I turned the camera around so I could see myself watching myself watching me watching the keynote.

It's a great time to be developing with C# and .NET. I hope you also join me at the MonkeySpace conference (formerly Monospace) in Chicago in July. I'll be presenting, teaming up with a friend who is launching an amazing soon-to-not-be-so-secret .NET related product that will take C# to even more places!

Big thanks to our Sponsor this week. It's Redgate! Check out Deployment Manager – app deployment without the stress. Deploy .NET code & SQL Server databases in one simple process from a web-based UI. Works with local, remote and cloud servers. Try it free.

Andrew Herrick
May 16, 2013 17:55
@Scott: Babylon 5 ?? @markus: SL dead? not really. What features do you miss? There was an update 2 months ago. It also benefits from .NET updates. It can do stuff what is not possible with html and js (which new-latest-fashion-js-framework is it this time). Bottom line here: use it where appropriate.

Edward
May 16, 2013 22:09
Silverlight may be "done" but with 10 years of support and updates happening all the time, as well as line of business updates, not to mention Netflix, it's still around.

Stuart
May 17, 2013 21:17
Is there a straightforward write-up somewhere on how C# can be used to develop iOS apps? As a (mostly) Windows developer with C# experience who embarked on writing my first iOS app about a month ago, I couldn't find a good story around writing iOS apps in Windows and/or in C#. I ended up going with stackoverflow.com's advice of "Mac Mini off eBay". After some initial challenges with the Mac hardware, I'm doing okay now getting spun up on Objective-C, XCode, and the whole Mac ecosystem, but if there were a good Windows/C# alternative for iOS development, I certainly would have appreciated knowing more about it when I was originally doing research on how best to jump in to this particular pool. (I haven't watch Scott's presentation video featured in this article; while I have no doubt that it's informative and entertaining, I don't generally do research via video because video isn't really skimmable. Also, Xamarian is mentioned in that stackoverflow article I linked above, but it's far from being the "obvious" solution.)

Jon Schneider
May 18, 2013 1:13
Hi Jon, Xamarin is the only way I'm aware of to develop for iOS with C#. You can do most of your develop in Visual Studio on a Windows machine if you like, but you still need a Mac for the build and to connect to a device or run the simulator. Scott's video certainly isn't the only source of information. Check out the Xamarin website and their documentation. You might start with their Introduction to Xamarin.iOS on Windows. You may eventually want to check out MvvmCross if you want to write an app with C# for multiple platforms and share as much of the code between them as possible.

Daniel Plaisted
May 18, 2013 1:55
Daniel P., thanks for the additional info! I checked out the Xamarian website, but didn't get any further than the homepage and then the $1000 price tag. For a single developer like me looking to do a "weekend project" while feeding a family of 5, just the $450 for the used Mac Mini was pushing it. I'll definitely take a closer look if I ever have an opportunity to do an iOS project with a company's backing, though... or in the incredibly unlikely event that the app I'm working on becomes the next million-seller. :-)

Danilo Cecilia
May 19, 2013 17:25
Hello Jon. There is a free version, and an Indie version for $299. Right there on the homepage next to the enterprise price tag. Kinda hard to miss.

Floyd
May 20, 2013 0:48
Floyd, Sorry, I should have elaborated: Lack of Visual Studio support for the Starter ($0) or Indie ($299) levels sounded like a deal-breaker to me -- unless the lack of a checkbox in the "Visual Studio Support" row for those levels doesn't mean what it seems like it means?

Scott Hanselman
May 20, 2013 12:34
Scott, I haven't tried it yet. To be 100% honest, I didn't realize that "Xamarin Studio" was an alternative IDE until I took a second look last night -- I had initially assumed that I'd be coding in a text editor, if Visual Studio wasn't an option! I'm pretty deeply invested in XCode / Objective-C on my current iOS project at this point, but I'll definitely take a look at Xamarin Studio for my next project -- or if I end up wanting to port my current project to platforms other than iOS. This was probably mostly PEBKAC, but maybe there's also an opportunity here for Xamarin to improve the usability of their pricing page by somehow making it more obvious that "no Visual Studio support" doesn't equate to "coding in a text editor", potentially causing some percentage of their site visitors to abandon the site at that point (like I did initially)?

Jon Schneider
May 21, 2013 15:45
Hey Jon, Just wanted to say thanks for being willing to share your experience, I'm sure it will be useful to the Xamarin team. Who knows how many other visitors to their site have had the same experience but weren't willing to take the time to share it. Good luck with your iOS project! I hope the opportunity to branch into new technologies has been enjoyable.

Scott Hanselman
May 21, 2013 20:33
@Jon A great set of introductory videos to MVVMCross and iOS / Win Phone 8 / Win 8 / Android development with the Xamarin tools has been put up by Stuart Lodge (one of the guys behind MVVMCross): I agree the price seems steep, the free version is very constrained (32kB size limit). For me there I'm also unable to go beyond the 30 day free trial, unless the day job takes it on. It's a shame the free one was constrained differently (e.g. no debugging like WebMatrix) so a out of hours developer could create real apps but would have an upgrade path if things got serious or they decided to bring the tools to their day job.

Craig Wilcox
May 29, 2013 15:34
Scott, Can you post an article how you got SignalR to work within Xamarin Studio? Or at least some documentation? Cloning from SignalR github dev branch doesn't cut it. Xamarin Studio won't allow you add a reference of that project / library type. Thanks!

Mike Kuzminski
June 04, 2013 17:37
@Peter, how could you possible download a talk with that title and be upset with lack of specific tech content? I could possibly agree that there was nothing addressing the plight of the vertically challenged which however was advertised in the title. ;)