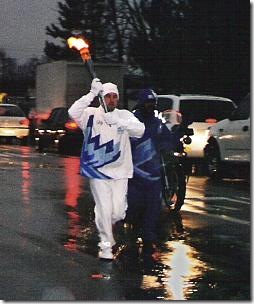 In a few days the 2008 Scripting Games will come to an end. This is a yearly event that the Script Center does. There's a beginner and an advanced division and a bunch of deceptively hard problems. I was selected to be on of the "Guest Commentators (list here)" which really means they wanted me to solve one of the problems and provide the solution as an example. I'm not sure my solution is the best way, but it did solve the problem they assigned me.

My problem was Event 7: Play Ball! and I was to write a script that schedules all the games for a round-robin baseball tournament. The complete scenario is here, but in a nutshell:

A few other wrinkles thrown in are that the games must be randomized, otherwise Team A will play too many in a row and you need to schedule six teams, A through F. Of course, to be clear, every team must pay every other team once and only once. Here's my solution, hacked together quickly.

Doing this in PowerShell took my brain a while to get. Note the RotateArray method's use of multi-variable assignment to chop up he array into first and rest. That wasn't obvious to me as a C-guy for the last 15 years, but it made my solution simpler when I refactored and introduced it.

The solution (remember, it's randomized) will look something like this:

Enjoy. Here's the same solution in Perl from Jan Dubois and again in VBScript. Who wants to do the F# version and the Ruby version? What about just LINQ to Objects?

Justin Etheredge
March 04, 2008 6:25
I'm usually a fairly verbose programmer and would typically write something like that for my day job, but being inspired by the likes of MoW and others I've found the Scripting Games to be an opportunity to let my inner obfuscater come out. Here's my PS version...

Someone with more experience using generators and iterators could likely do a better job.

Kevin
March 04, 2008 6:34
Wow... that's such a strange language. The impression imparted upon me by this small sample is that they're trying to graft certain syntax elements from bash scripting onto C#. Yay, lots of dollar signs... hash marks for comments... and "-lt" instead of an actual operator... then of course your usual scripting language stuff: variable declaration not required, and some cryptic syntactic sugar for arrays. Weird.

Here's a quick attempt at a LINQ version... untested, of course. But damn, does it look good.

If the number of teams is odd:
add one more team called "Bye."

Maybe change the output formatting on that condition to something prettier.

Brett Morien
March 04, 2008 8:05
Here's a python version that utilizes generator expressions and sets to do the heavy lifting. It's not as terse as it could be, but it demonstrates some of the powerful aspects of the language.

Dustin Campbell
March 04, 2008 8:41
Domenic: The LINQ version certainly looked nice but didn't work (outputs nothing). I haven't picked up Linq yet so i didn't attempt to debug it.

Here's my C# 2.0 version... I think this algorithm should be very doable in Powershell. Not sure about the Sort(delegate) part. I am sure there's an easy way to sort an array randomly with Powershell.

Inefficient as all get-out, but what can ya do?

Nathan
March 04, 2008 19:25
Chinh Do: well yeah, you might notice there's no calls to Console :P. I thought gift-wrapping the matches for you in a nice IEnumerable<string> object would be good enough, but noooooo.... some people...

Domenic
March 04, 2008 19:59
The LINQ example from Domenic Works well the only that he don't do is write the result to the console but I like it.

Simon
March 04, 2008 23:26
LINQ and PowerShell have a lot of concepts in common. The sequence operations that underly the LINQ "from" statement correspond pretty closely with cmdlets (at least at some level :-). This makes it quite simple to translate the LINQ solution into PowerShell:

Chris
March 05, 2008 8:10
Domenic: Thanks for the clarification. I thought the "select" part was somehow doing the output. Well I did say I don't know no Linq. Nice code.

Ryan Smith
March 06, 2008 6:07
Here's a Python implementation that I think is a little cleaner than Kevin's. It shows off array slicing, which is nice for this sort of thing.

Here's the Postscript version of this. It will work with any amount of team names.


or, you could just tack "[(A)(B)(C)(D)(E)(F)] ScheduleTeams stack" onto the end of the file,
and run it however you want to.. if you'd rather print it to a page (instead of echo to the
console), just remove the stack command, and add some code to do a xshow for each
string on the stack and then showpage.. Here's an example of that..

Troy Howard
March 08, 2008 4:00
Regarding the SQL version posted... Why didn't you do it this way? This will work for any table "Teams" with any varchar column "TeamName" for any amount of teams, regardless of the names.

Troy Howard
March 08, 2008 8:24
Duh.. the "teams.teamName != teams2.teamName" clause in the join constraints is redundant.. typing faster than thinking. Reduce that code by a line!

Troy, it was one of those things where we got too into outdo-ing each other that we missed the simple solution.

Hats off to you. We're both smacking our heads on our cube desks!