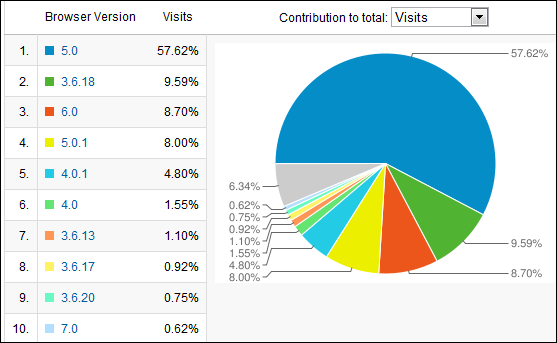 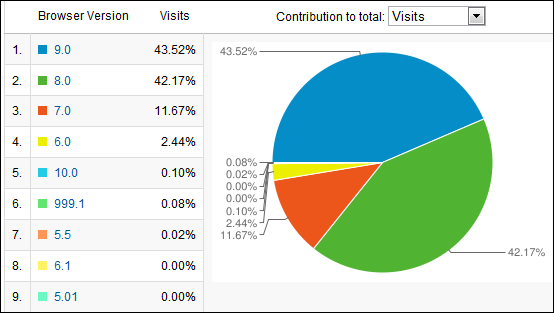 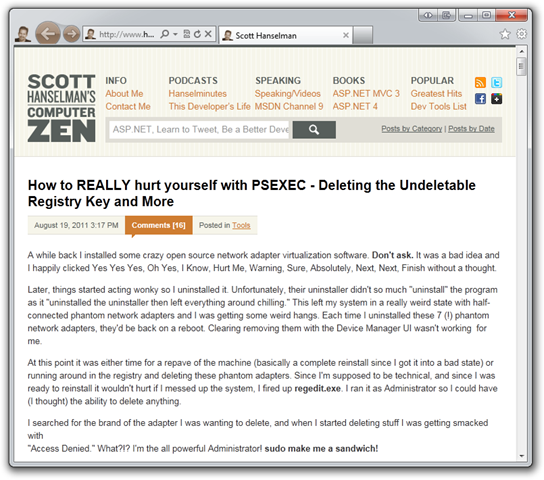 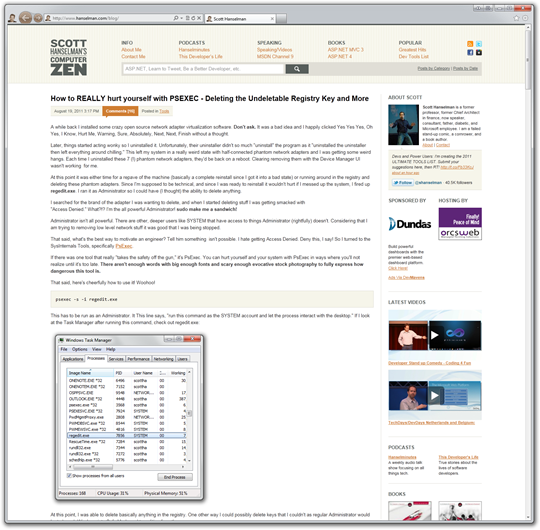 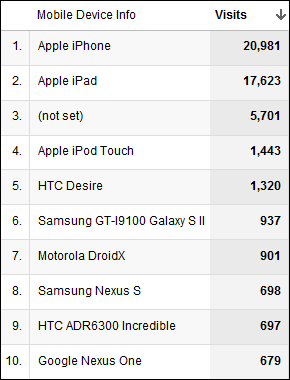 Comment on this post [16]
Share on Twitter or Facebook or use the Permalink
August 22, 2011 23:28
I do obsess over these stats. I work on a site with a very low-tech demographic, run by a company that tries to never do anything to inconvenience any customers. This is fantastic for customer retention, but a challenge for a web developer.

HiCo
August 23, 2011 8:24
I just had to stop by and give you props on making sure your page loads well on mobile devices and netbooks. I do most of my reading on a touch/flip netbook and on my phone when I'm on the go and all I have to say is well done, well done.

Alan Mendelevich
August 23, 2011 10:31
I wonder if you see stats for users that have "Tracking Protection" configured (or google analytics blocking)?

Alenas Kišonas
August 23, 2011 11:44
Thanks for the look-see. I think there was may be a problem with auto-update in FF 3.6, possibly the cause of the spread you are seeing. For example, I recently noticed my FF was on 3.6.18, and when I checked for updates it suggested 3.6.20. Only when visiting the mozilla homepage was FF6 suggested.

Sean Stapleton
August 23, 2011 12:50
Unfortunately allthough the site looks good in the majority of browsers on my xperia x10 phone in the stock android browser I simply get a list of source code and the site point blank refuses to render. This has been this way for a year or so, It had also been the same from android 1.6 > android 2.1 > android 2.3.3 I have been able to test on a milestone phone (Motorola Droid) and it doesn't seem to happen there (android 2.1 update 1), most frustrating, I have been unable to determine the cause of this after playing with text encodings etc.. its a shame as i am denied the site on the stock browser and i don't really want to install another browser for one site :(

krystan honour
August 24, 2011 12:40
I can't believe that there are still people out there who only read one blog at a time and still go to that blog's website to read it!